It takes a special calling to be able to consistently see the light in the darkness, the path in the wilderness, the hope in the heartbreaking.

Yet, talk to Sandra Henderson, an office associate in the Office of Employee Relations for the Department of Human Resources, and in just moments it becomes clear she has just that ability.

“I have a heart for people,” Henderson said. “My profession is human resources, but my business is helping others.” 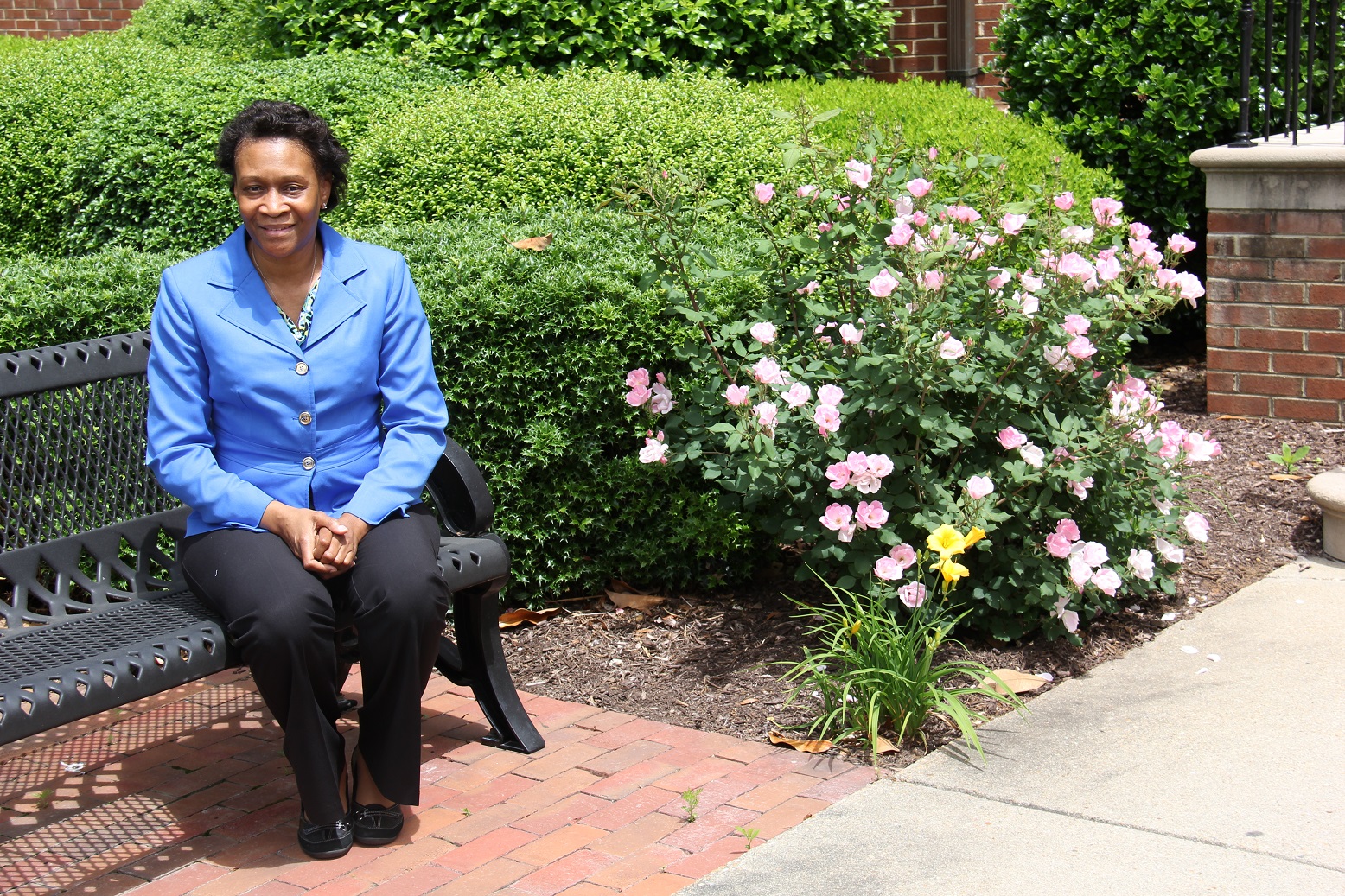 It’s a career path Henderson has been steadily building throughout her life. She has worked in the public sector and for non-profit organizations across the country, in Virginia, California and Ohio. Everywhere she went, the focus of her work was providing counseling to those in need in order to help them find educational and career resources. This included working with former inmates, low-income families and battered women.

“We were providing life skills courses for them to re-enter society,” Henderson said. “A lot of them did not even know how to get resources.”

Sometimes she worked in human resources, other times she was researching and writing grants or fundraising for local churches and shelters.

Henderson always centered her work on the needs of others, but a move back to Virginia in 2013 would force her to focus on herself. She had returned home to take on a new job, but life would hand her a different challenge: She was diagnosed with breast cancer.

“It’s like, ‘What do I do?’” Henderson said. She began 16 rounds of radiation and was then unable to take on the new job. She worked with the Riverside Foundation, which helped support her during her arduous therapy and for which Henderson would later serve as a patient ambassador – sharing her story on the foundation’s website.

Looking back today, Henderson sees how her disease prepared her for her work here with Virginia Beach Schools. She sees that through the emotional and physical challenge of fighting cancer, her ability to care and to help only grew.

“Sometimes we have to go through things based on what we’re called to do,” Henderson said. “If I didn’t experience that, I wouldn’t have the compassion I do to help others…I found out the way to overcome what I was going through was reaching out and helping others. There is always someone worse off.”

Henderson, who helps employees with their family and medical leave options, often finds herself commiserating with those calling in.

“When I hear people on the phone weeping, my heart goes out to them,” she said. “(They say) ‘How am I going to pay my bills?’ and I’m thinking I know all these resources they don’t know.”

Those who work with Henderson note her dedication to her work.

“Sandra comes to work every day with enthusiasm to accomplish her goals,” said Chief Human Resources Officer John Mirra. “In employee relations, you have to be willing to listen to those who call seeking guidance and respond in a manner that lets them know that they matter.  Providing excellent customer service is what she aspires to do.”

Henderson took her last treatment in November of 2013, and has been cancer free since then. She immediately began studying for her Master’s Degree, which she completed this summer, and is looking to build her own non-profit organization, which can help create resource guides for those who need to find that extra support.

“I love working with people and helping people,” Henderson said. “My path is to help those in need. And, there’s a lot of need out there.”