Sitting across the desk from Bella Bugarin, she smiles brightly and speaks confidently. She is outgoing and easily shares some of the highlights of her time at Salem Middle School.

However, the eighth-grader would be the first to tell you there was a time when that would not have been the case.

“I was super shy. I never wanted to go up and talk to people,” Bugarin said. “I wasn’t the person to go take risks. I was inside the box.”

Yet that all changed.

“I guess something sparked in me,” she said. “It’s crazy to think about.” 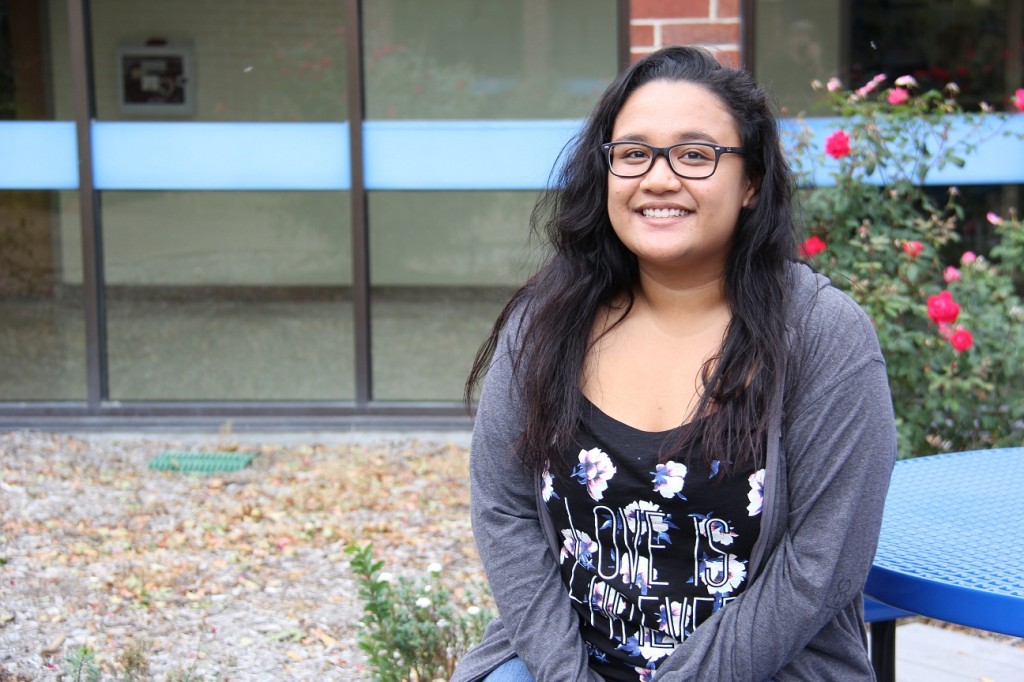 Today, Bugarin serves as the school’s SCA president and is a member of the National Junior Honor Society. She is a fixture on the Salem stage, having performed in one-act plays as well as being named to the Virginia Beach All-District Chorus two years in a row. She’s identified as a go-getter, a leader in the school, by all who know her.

So, what caused this transformation? What triggered the reluctant young girl to go and take center stage?

In a lot of ways, Bugarin said, it was Salem itself.

She credits her chorus teacher, Anna Scully, with encouraging her to pursue her musical interests, where Bugarin found her passion in singing. It was her cousin who inspired her to try out for the school’s executive council, where she found her niche.

“I fell in love with it,” she said of the SCA. “We got to plan things for the school that made everyone happy. I was part of the voice for the students to be heard.”

From there, Bugarin ascended to the presidency, where she finds her creativity soar.

“I just love hearing everyone’s ideas that are different than mine,” she said. “’Why didn’t I think of that?’ It helps me branch out to other ideas – not ideas that I think I would like, but ideas I think everyone in the school would like.”

It is a mature leadership style, and one that has caught the eye of Salem’s administration.

“Bella is an excellent student leader and role model. She does an exceptional job of listening to all members of (SCA) and valuing their input when making decisions that impact the group,” Salem Middle School Principal Jim Smith said. “She understands the importance of encouraging and motivating all members to participate in the decision-making process in order to come to consensus in determining which projects to implement. On a daily basis, you can count on Bella to exhibit the qualities of a superior student leader.”

As Bugarin wraps up her time in middle school, she is looking at the academies she wants to apply to – she has her eye on the performing arts academy at Salem High School – and is looking forward to starting her SCA journey over again at the high school level.

Her reason to be involved – and stay involved – is simple: to help other students experience their own spark.

“I want everyone to have that moment that clicks for them: everything makes sense and I know what I want to do.”

Before she leaves her time in Salem, and as she reflects on the shy, introverted elementary schooler she was, Bugarin has simple advice for those who may have a fear of the unknown.

Favorite song to perform? “Say Something” by Great Big World

What are you most looking forward to in high school? The freedom

Sitting in the Johnson Space Center in Houston, Texas surrounded by a large wall filled with photos of astronauts and their missions, Salem Middle School student Elijah Fischer knew that […]