In the dark room, dozens of students crowded together to listen to the action unfold.

They could hear voices, musket fire, people running through the woods.

With just glimmers of light bursting from the trees surrounding them, the group of high schoolers could feel, just for a moment, what it was like to fight in the Civil War.

And, that was the point. 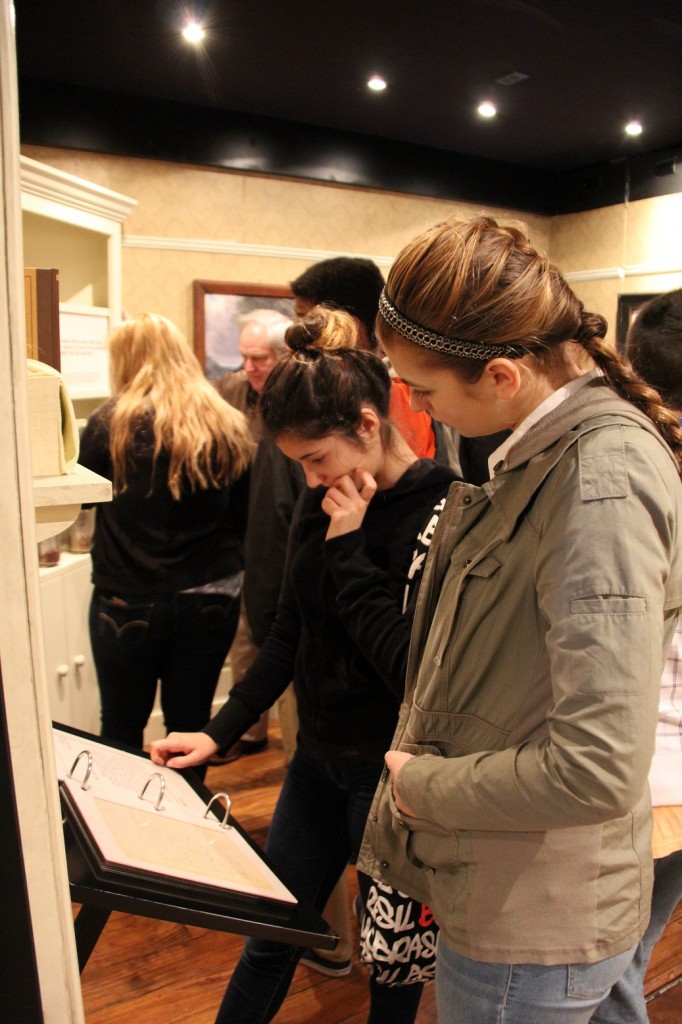 The Civil War 150 HistoryMobilemade a stop last month at Landstown High School. The HistoryMobile is a museum-on-wheels, of sorts, complete with artifacts, interactive stations as well as exhibits highlighting lesser known stories from the war. 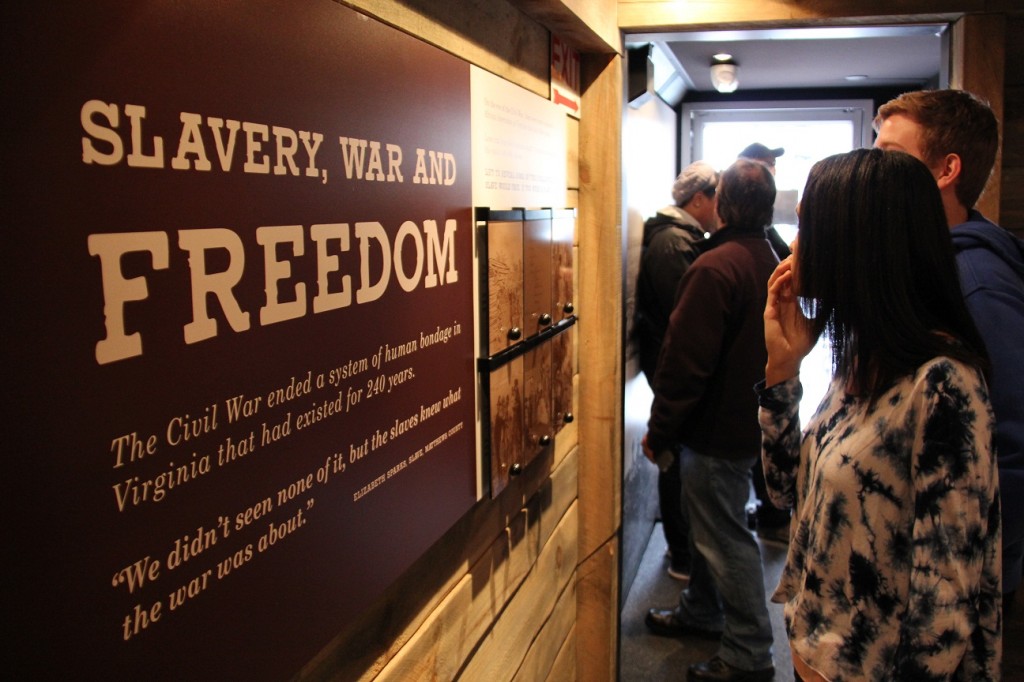 In the first room, and entry way into the massive bus, students are immersed in a war-time experience, which puts the students in darkness and a dramatic rendition of a battle is played. In that same room, students will find a poster-sized copy of a letter one dying soldier wrote to his father back home.

A final station held two giants boards, which highlighted individual success stories and stories of loss from the war on individuals at the time. 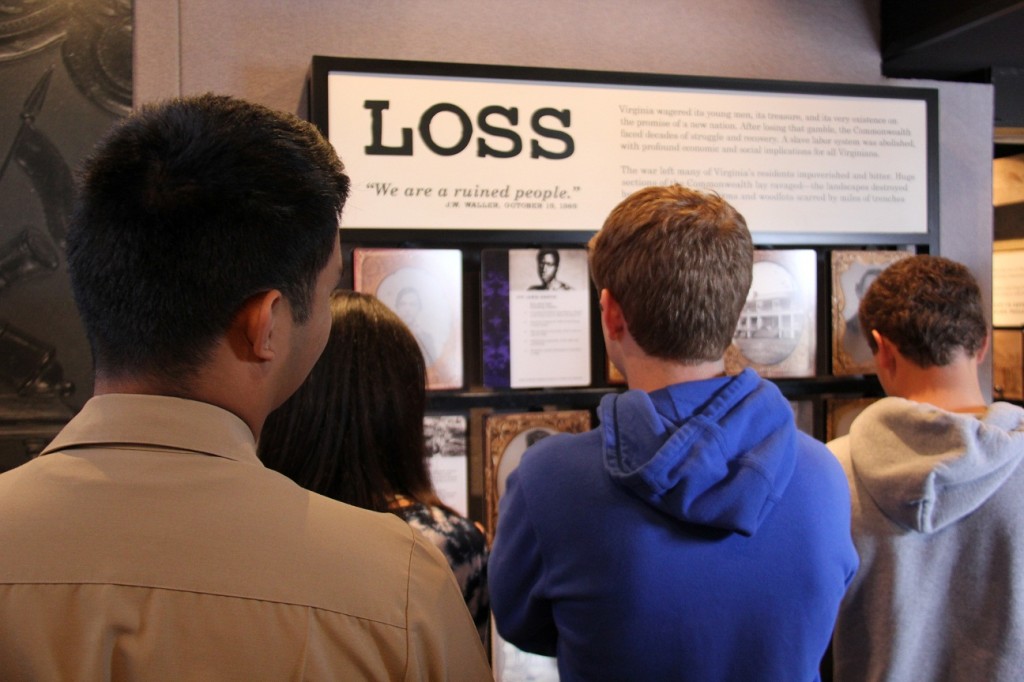 Each U.S. history class at Landstown took turns walking through the bus, which was funded and created as part of the 150th anniversary of Virginia’s participation in the American Civil War. 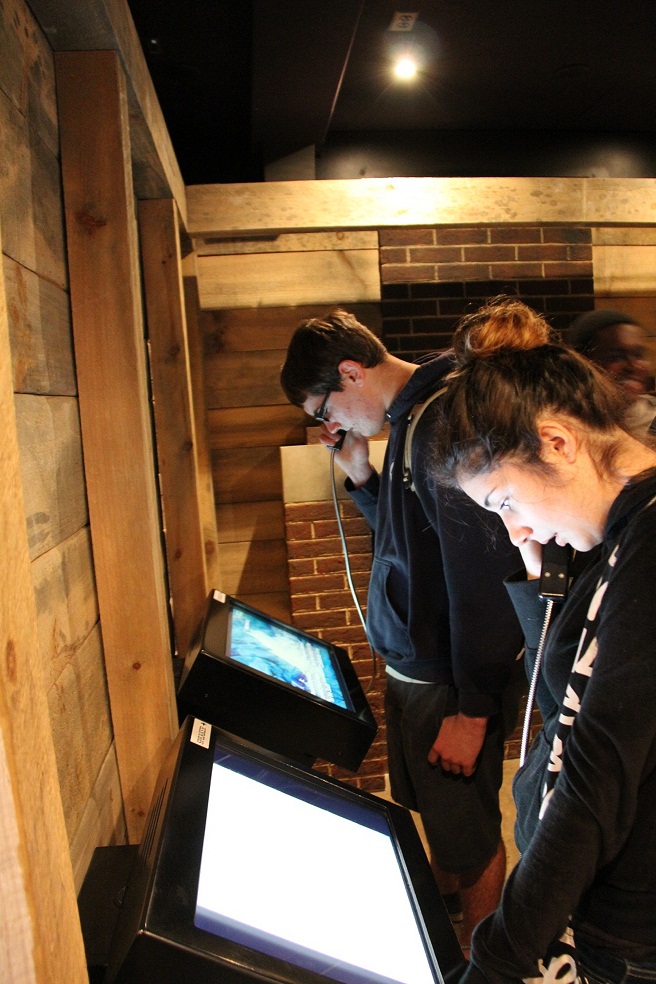 For more information about the HistoryMobile, visit www.virginiacivilwar.org/historymobile