Look at her now!

On May 30, 2014, Myesha Jemison, Bayside High School valedictorian, was featured as a Compass Keeper on the Virginia Beach City Public Schools (VBCPS) blog The Core. 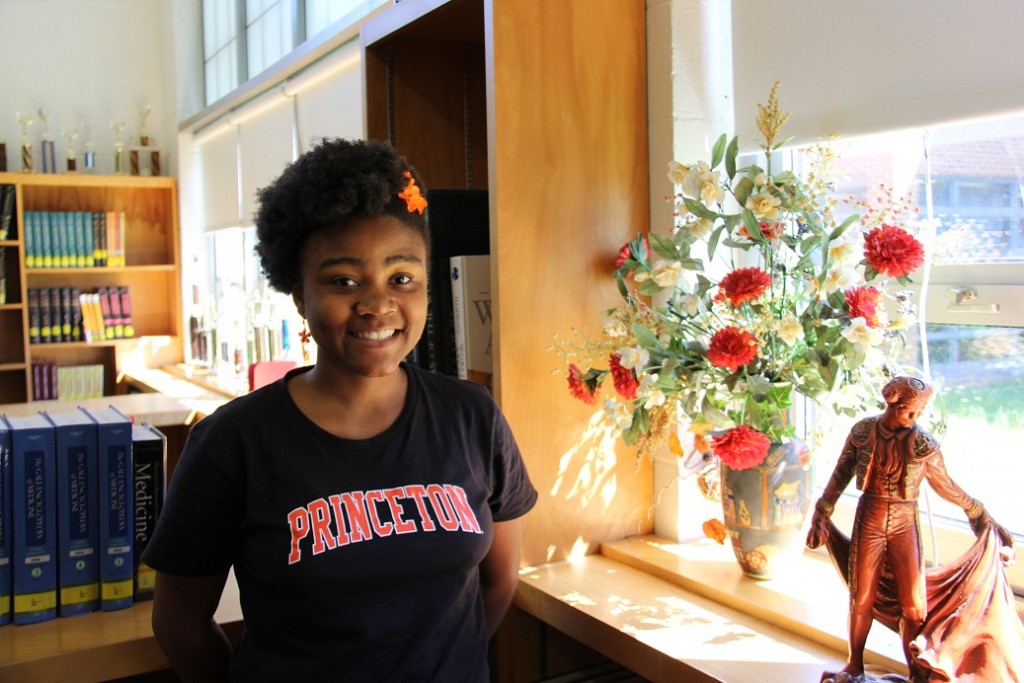 There is no denying Myesha Jemison’s academic abilities.

She has earned every hallmark one imagines a driven, intelligent and hardworking student could achieve while in school.

Top of the class? She’s the 2014 valedictorian for Bayside High School.

Accolades? There are too many to choose from. However, just last month, she, along with six other VBCPS students, was named a Gates Millennium Scholar, earning her a full scholarship for her undergraduate work.

The Bayside graduate has added another accolade to her list of accomplishments: Undergraduate Student Government (USG) president at Princeton University.

According to an article published this school year in The Daily Princetonian, “Jemison will be the University’s first Black female USG president.

The article continued, “It’s a victory that is both well-deserved and exciting, according to Jemison’s friends and University faculty members, who say that the leadership and skills she’s developed throughout her life prepared her for this role.”

The college publication quoted Jemison as crediting her AP History teacher at Bayside High for encouraging her to apply to schools most of her classmates were not applying to.

“I appreciated that I had a teacher who saw potential in me. For a teacher to push you on what you’re thinking of for your college goals was really great,” Jemison said.

The 2014 Compass Keeper profile quoted Terry Mejia, Health Sciences Academy coordinator, who spoke of how Myesha was making a difference in the lives of others as a high school student.

“Myesha is a beautiful young lady inside and out,” said Mejia. “She actively seeks for ways to improve the lives of others; always considering everyone’s best interests…Her selflessness and compassion allow her to see the beauty in all of her peers.”

It sounds as though Jemison is equally committed to working to make a difference in the lives of her Princeton peers as SGA president.

The Daily Princetonian article included the following quote from the Bayside graduate: “Something that I hope came across in my platform was that the things I was advocating for were things that I wanted out of Princeton, but were more so things that students have repeatedly said they want out of the University. I think it’s a great opportunity to help make that happen, but also to establish long-lasting relationships with students and administrators to create an environment where change can readily occur on campus.”

To read the complete article about Jemison’s election to serve as Princeton’s SGA president, visit The Daily Princetonian.

The Compass Keeper article published in 2014 is available on The Core.

Jason Arce’s love for music began at an early age while looking through his dad’s old record collection. Being a member of Windsor Oaks Elementary School’s choir reinforced that love […]