At the Virginia Association of School Librarians’ state conference, which was held earlier this month, Princess Anne Middle School sixth-grader Rylie Winston accepted a Media Festival award  from Conference Director and  Coordinator of Library Services for Beach schools Kelly Miller for an entry Winston spearheaded last spring while she was still a student at Princess Anne Elementary School (PAES). 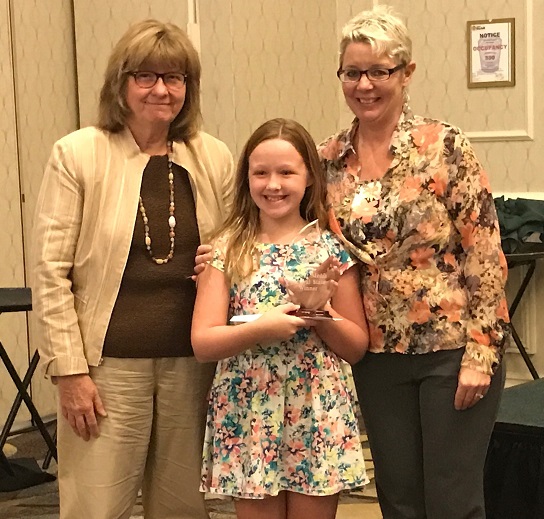 Every year the Virginia Association of School Librarians sponsors a Media Festival in which all grade levels are invited to submit a student-made video that illustrates a theme. Last year’s was “Charting a Course in the Library.” Four PAES fifth-graders school created their own video and submitted it. The project won first place among fourth and fifth grade students statewide. The association presents the awards at its annual conference which is why it was just done last weekend. The students won the the first prize is $100, which they split.

Other participants absent from the picture were Anna Lambert, Anna Royse and Aimee Fitzpatrick.