Each year, Zagat, the national guide of restaurant reviews, produces its Zagat 30 Under 30 list. According to Zagat, the list honors the “gastronomic game changers” who are”redefining the way” guests dine out.

For 2017, Carlie Steiner, owner of the restaurant, Himitsu in Washington DC, was among the honorees. Steiner is a graduate of Cox High School as well as an alumna of the Technical and Career Education Center’s Culinary Program.

“I feel super honored and really grateful because the other humans on that list are so amazing, so to be a part of it was really exciting and wonderful,” Steiner said, “It is a very fulfilling moment.” 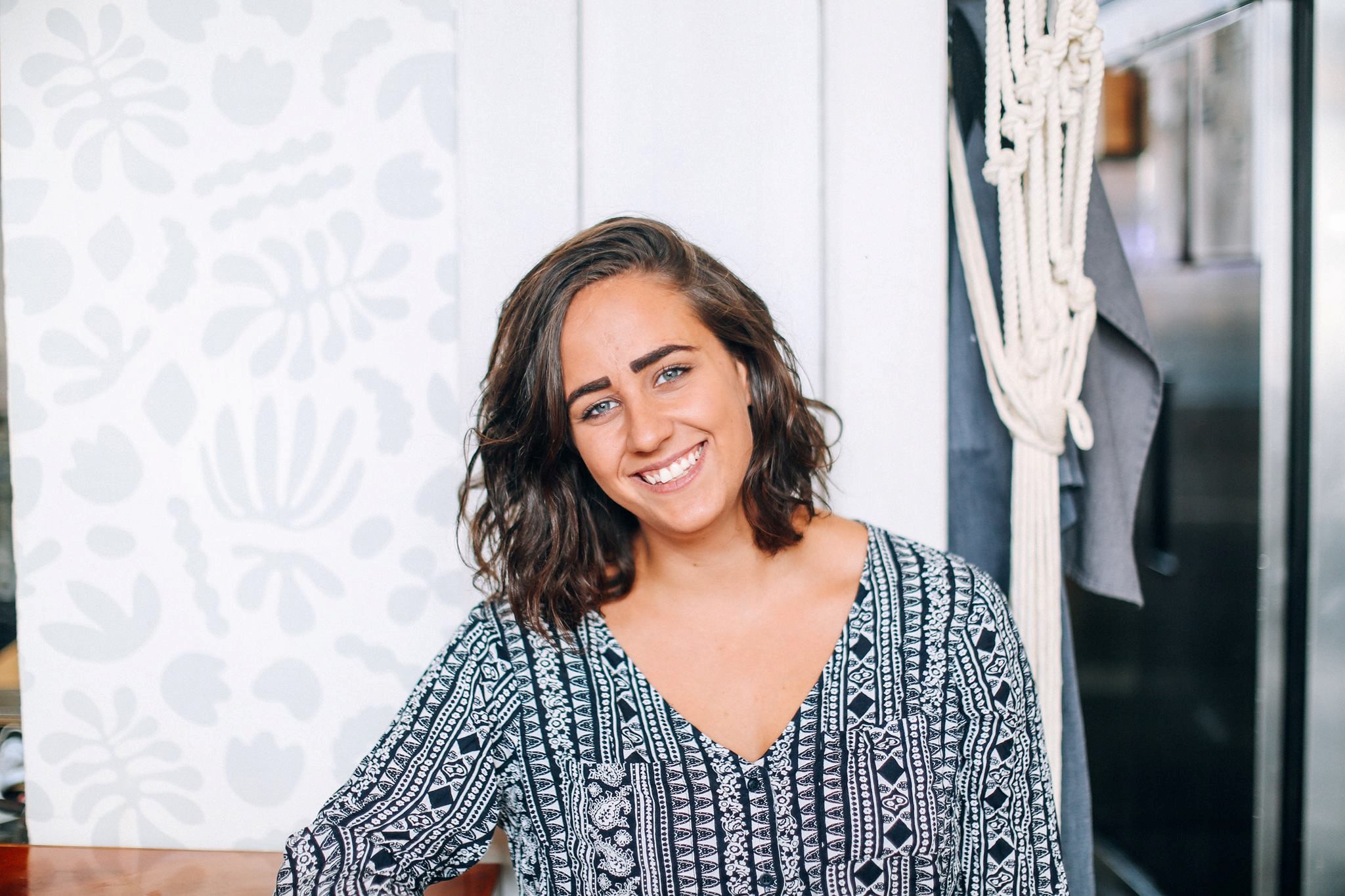 Steiner credited her time in the culinary program for helping to confirm her future career.

“It was the first time I felt comfortable doing what I wanted to do as a profession,” Steiner said. Specifically, she shared that it was her culinary arts teachers, Patrick Reed and Diana Ausderau, who helped to inspire her work today.

“They were the reason,” Steiner said. “They are role models. They were outreaching and caring. These are people I can talk to about the questions I had. They made it for me, very much, that this is what I want to do.”

For Ausderau, Steiner was a standout student from the beginning.

“Carlie is one of the once-in-a-lifetime students for a teacher. She had that spark, that ‘it’ when she was a student here,” Ausderau said. “The whole mission of a teacher is to help create a foundation for students to build on, become successful, and find their place in this world.  When this happens so perfectly, as it did with Carlie, it completely validates the reason why I became a teacher.”

After high school, Steiner went on to study at the Culinary Institute of America in New York, earning her bachelor’s degree there. She worked in restaurants across the country, including Water Bar in San Francisco, California and José Andrés’ Minibar + Barmini in Washington, D.C.

Eleven months ago, Steiner and a partner went out on their own and launched Himitsu.

“We were two kids with no money,” Steiner said with a laugh. “We basically signed a lease and opened up a restaurant a month later…I’m really, outstandingly grateful for the good press and feedback.”

When asked what advice she would have for students today, Steiner shared that a lot comes with learning from those who have gone before you and learning to trust your instincts.

“I think a lot of my success has been really based off trying to put a lot of good vibes out in the world –  even when things are harder, recognizing there are people who are much smarter than you and you should listen to those people,” Steiner said. “But, you should also listen to yourself. Finding that balance is really hard: when to listen to people who have done things before you and when to listen to yourself. There’s a sense of maturity in finding that balance and it can lead you to success.”

The jazz band’s melodies welcomed guests inside the gates, where the freshly-cut ribbon was still flying in the wind. Students in the culinary arts programs walked their trays of tasty […]