Now in its 12th year, the annual awards are presented by Operation Homefront to recognize six outstanding young people ages 13 to 18 whose families represent each branch of the armed forces and who have excelled through volunteerism, extracurricular involvement and other challenges that face military families. A seventh award is presented for innovation by a military child.

According to Operation Homefront, honorees on average typically:

Pierce Corson is the 2020 Military Child of the Year for the Coast Guard. 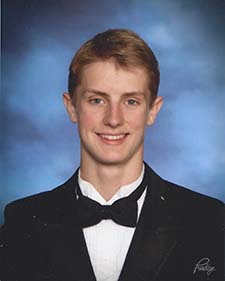 According to Operation Homefront, Corson is dedicated to spreading mental health awareness for young people. The senior at Ocean Lakes High School has conducted research published in a Harvard University-affiliated journal, and also donned a llama mascot costume for a parade while volunteering with a national nonprofit.

That commitment, plus his leadership skills in both academia and sports, were the top reasons that Corson’s school counselor worked with his volleyball coach and principal to nominate him for the award. They are also traits found in the Corson family. He is the son of veteran Coast Guard Capt. Caleb Corson, who retired after 30 years of service, and Dr. Tyler Corson, a gerontologist and adjunct faculty at Virginia Commonwealth University.

Corson became interested in mental health issues due to his own struggles with stress from academic pressures, his father’s deployments and nine family moves. He also witnessed similar anxieties in his friends at school.

His research project, “Giving teens a voice: Sources of stress among high school students,” was published in the Journal of Emerging Investigators. He worked with the Virginia Department of Education committee to include mental health topics in the state standards of learning curriculum.

He has volunteered for more than three years with the local National Alliance on Mental Illness Coastal Virginia affiliate, including serving as a panelist for NAMI’s Say it Out Loud program, which combats mental health stigma for teens.

Corson loves learning languages. He is nearly fluent in Spanish and also studied Mandarin at a local Chinese school where he met with his teacher for weekly tutoring and language exchange to help her learn English.

He was awarded one of 26 scholarships from the U.S. State Department’s National Security Language Initiative for Youth and spent the summer studying Mandarin at Wenzao University in Kaohsiung, Taiwan.

Miryam Smith is the 2020 Military Child of the Year for the Navy. 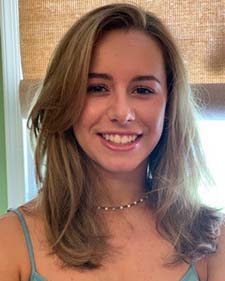 According to Operation Homefront, Smith remembers her father telling her that hard work pays off and that she could achieve anything she put her mind to. Those words have been Smith’s motivation since her father, retired Navy Senior Chief Petty Officer Eduardo Smith, took his own life in 2016.

The tragedy, she said, taught her resilience. Two days after her father’s devastating death, Smith returned to school to finish up final exams, committed to living a happy, fulfilling life and maintaining the excellent grades her dad appreciated.

Smith’s three military moves with her family cultivated her fascination with other cultures and world travel. The experiences inspired her to enroll in the Global Studies program at her school, and she has participated in exchanges to France and the Philippines. In all, Smith has visited 23 countries, four of them on her own.

Her senior research project focuses on climate change and the shortage of global resources, specifically water scarcity, an interest sparked after a wildlife conservation trip to Botswana.

Outside of school, she invests time in her community, volunteering with the Be a Reader program to read to elementary school children and mentoring children at a shelter for the homeless.

She enjoys sailing small vessels and catamarans and finds stress relief in playing piano, frequently duplicating tunes she hears on the radio.

Operation Homefront is a national nonprofit organization that provides critical financial assistance, housing, and family support services to military families who need assistance. These awards, according to Operation Homefront, are the nation’s premier celebration of the achievements of military children.