As of mid-January, more than 300 students had registered for the 12th annual African-American Summit (AAMS). Organizing for such an event takes work, and that’s exactly why 126 young men, representing every high school within Virginia Beach City Public Schools (VBCPS), arrived at Green Run High School (GRHS) the morning of Jan. 16. Through a series of discussions and teambuilding workshops, these student leaders were expected to come together as a group and be ready to welcome, mentor and encourage attendees of the main event Jan. 26 at GRHS. 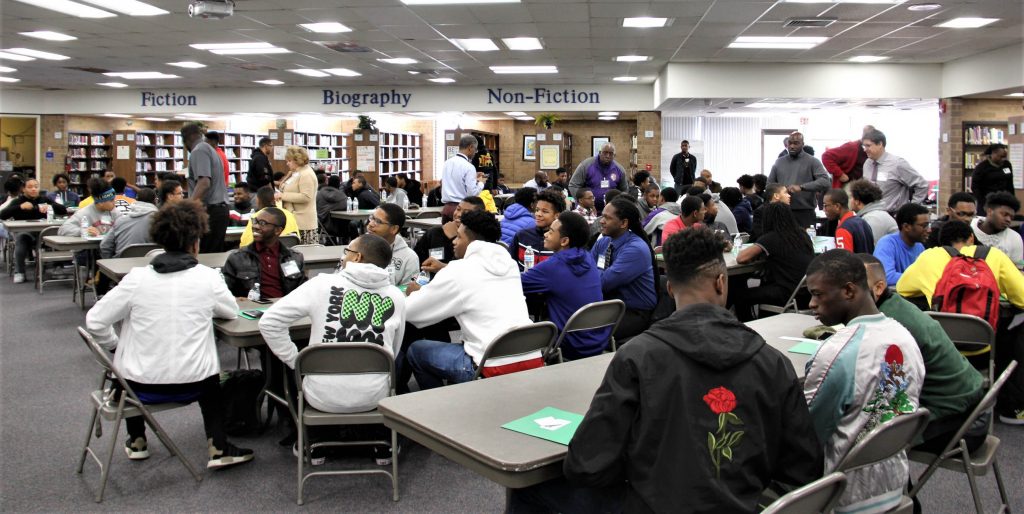 Jahrighteous Allen was one of those student leaders at this retreat. Now a sophomore at Green Run, he went to his first AAMS last year. “Someone spoke about Martin Luther King,” he recalled. “After that, I decided I wanted to look up all the civil rights activists and really take in what they were standing for.”

The theme of this year’s AAMS is “Greatness: The Foundation for Service,” inspired by King’s 1968 speech in which he said “Everybody can be great because everybody can serve.” Allen said that for him, serving as an AAMS leader this year was about building character. “Thinking about the future is a key thing in life, so I decided I wanted to be a part of this.”

Since the first summit at Tallwood High School in 2007, the AAMS has served as a signature event for VBCPS, giving middle and high school students exposure to educational and career opportunities.

Dr. LaQuiche Parrott, director of the school division’s office of opportunity and achievement, watched from the sidelines at the planning session as a group of young men got to know each other better through an exercise called “Have you ever….?” during which they discovered commonality through shared experiences.

Parrott has been involved in the two previous summits and believes the fellowship it fosters turns into life-long learning. “This year’s summit at Green Run has exemplified greatness from the first planning meeting with school leadership in August to the overwhelming attendance at today’s retreat. I want the momentum of our student leaders and schools to continue through the summit and beyond.”

One of the student leaders from last year’s AAMS was GRHS senior Joseph Godley who said he’s back this year because of that experience, particularly with the fifth- and sixth-graders. “They would look up to me and ask me a lot of questions. Just to see the smiles on their faces, it felt good knowing that I was leading them on to a better life.” 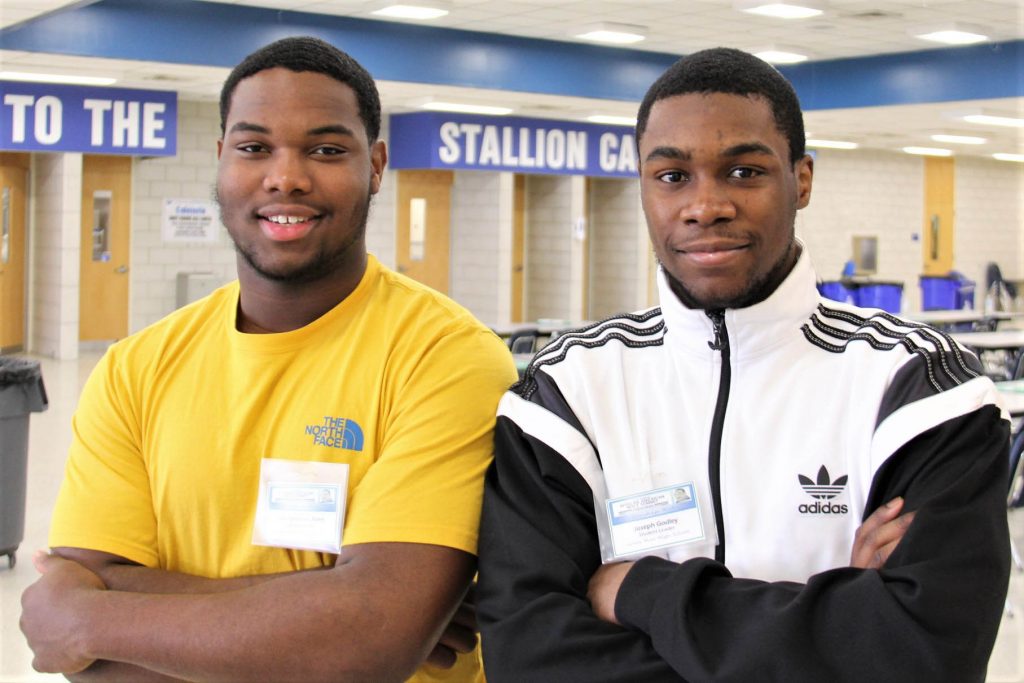 At this year’s summit, students can participate in relationship-building exercises and learn about student leadership, community involvement as well as maintaining physical and mental well-being. The keynote speaker will be GRHS graduate Dr. Charles S. Corprew III. Parents are welcome to attend breakout sessions about VBCPS offerings and additional community support. Also during the summit, shelf-stable items will be collected for the Beach Bags program.

Godley adds, “Just go and try it out. Try and meet as many people as you can. Have fun!”

Students are encouraged to register through their school counseling offices or online by Jan. 21. 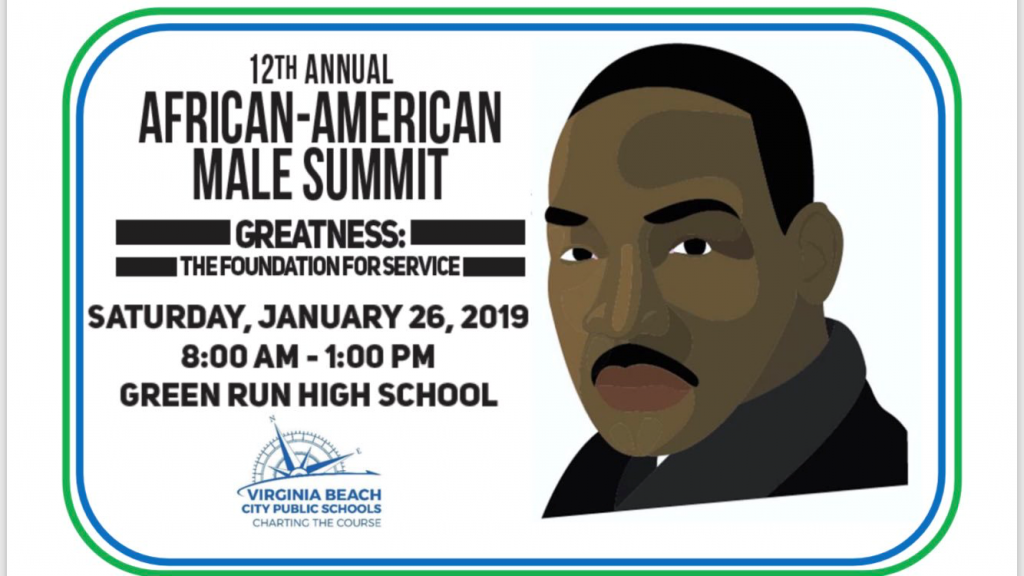