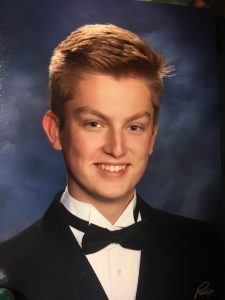 Now in its 10th year, the annual awards are presented by Operation Homefront to recognize six outstanding young people ages 13 to 18 whose families represent each branch of the armed forces and who have excelled through volunteerism, extracurricular involvement and other challenges that face military families. A seventh award is presented for innovation by a military child.

According to Operation Homefront, honorees on average typically:

“I’ve had a lot of different experiences that people who are not military would not have been able to have. For instance, hiking up a volcano, or in South Carolina I learned about the rich history there,” he stated. “Of course, it comes at a cost but it’s made me into the person who I am today and I’m very comfortable meeting and talking to new people, and I think that stems from my moving so much.”

The hardest part for him as with most military families, he says, was having his dad away from home.

“When I was a kid I didn’t always understand it – why was my dad always gone half the year when everyone else had their dad; why did I always have to move and give up my friends,” Corson recalls. “Why me?”

“But as I grew up and saw what my dad was doing and I learned more about it, I realized that he was doing something incredibly important and something that I value a lot. He was protecting our country, along with fellow men and women in the service. He was protecting the rights that I value – that we all value as Americans. It didn’t necessarily make it easier but I understood.”

Corson says that he is extremely proud of his mother and father. His dad, Caleb Corson, served 30-plus years in the Coast Guard as did his grandfather.

Other members of his family also served. His maternal grandfather was in the Navy and two uncles served in the Marine Corps. 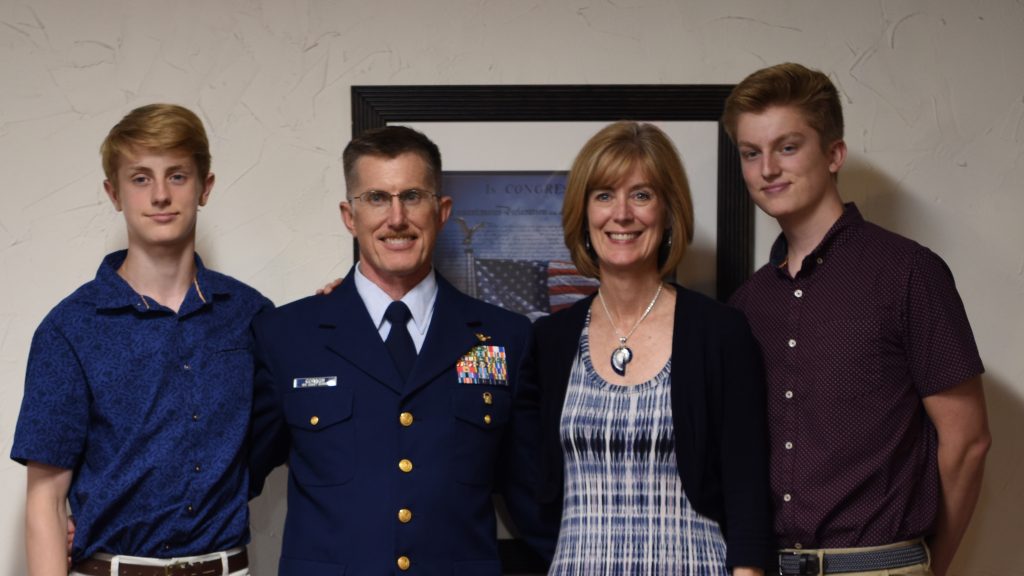 Pride in his family and country have propelled Corson to excel in school and make time to serve his community through volunteerism.

In addition to ranking near the top of his class with a weighted grade point average of 4.5, Corson was named a 2018 U.S. Presidential Scholar Candidate, a distinction honoring America’s top high school graduating seniors based on exceptional scores on the ACT or SAT.

Since middle school, he’s been involved in numerous leadership activities and school clubs, which he continued doing when he moved to Virginia Beach just prior to his freshman year.

“I look at my life and I think I’m incredibly lucky and I see and recognize that not everyone is as lucky as I am,” he shares. “Volunteering is something that I enjoy doing and something that I feel obligated to do.”

Corson has lost two friends to suicide which makes him even more passionate about helping organizations and causes that work to prevent suicide and help teens as well as adults with mental illness.

He’s led numerous community awareness events for the I Need a Lighthouse Foundation and the Virginia Beach chapter of the National Alliance on Mental Illness (NAMI) for which he manages the local chapter’s online events calendar. He has also been a panelist for NAMI’s Say it Out Loud presentations for teens to help dispel the stigma of youth mental illness.

“Libraries have always been a place that I’ve gone to because I’m a big reader and getting involved there was a good way for me to meet new people and make friends,” he adds.

And somehow, between volunteering and school, he’s also managed to earn his Eagle Scout rank and written research papers, one of which has been accepted for publication by Harvard University’s Journal of Emerging Investigators.

After graduation, he will be headed to the University of Virginia (UVA) where he received early acceptance as part of the Echols Scholars Program, which according to UVA’s website, identifies the “university’s most intellectually curious, broad thinking and self-motivated students and its most avid learners.”

When asked if he had any advice for other military children, Corson paused before answering.

“I think the number one thing would be to do your best to find connections. Even if you don’t know everyone, you should know a few people and do things outside of school that allow you to make interpersonal connections. It’s one of the best things you can do.”

Read more about Roark’s many other accomplishments by visiting Operation Homefront’s Military Child of the Year honorees page.

Operation Homefront is a national nonprofit organization that provides critical financial assistance, housing, and family support services to military families who need assistance. These awards, according to Operation Homefront, are the nation’s premier celebration of the achievements of military children.