What a difference two years make.

Two years ago, then-freshman Brielle Almonte noticed she was one of a small number of girls in her robotics class at Landstown High School (LHS).

This year, Landstown in its second year of fielding an award-winning, all-girls robotics team.

Dynamic GEARS (which stands for Girls in Engineering And Robotics) finished in the top seven in state competition after finishing first-place overall in its earlier qualifying competition against 500 middle and high school students. 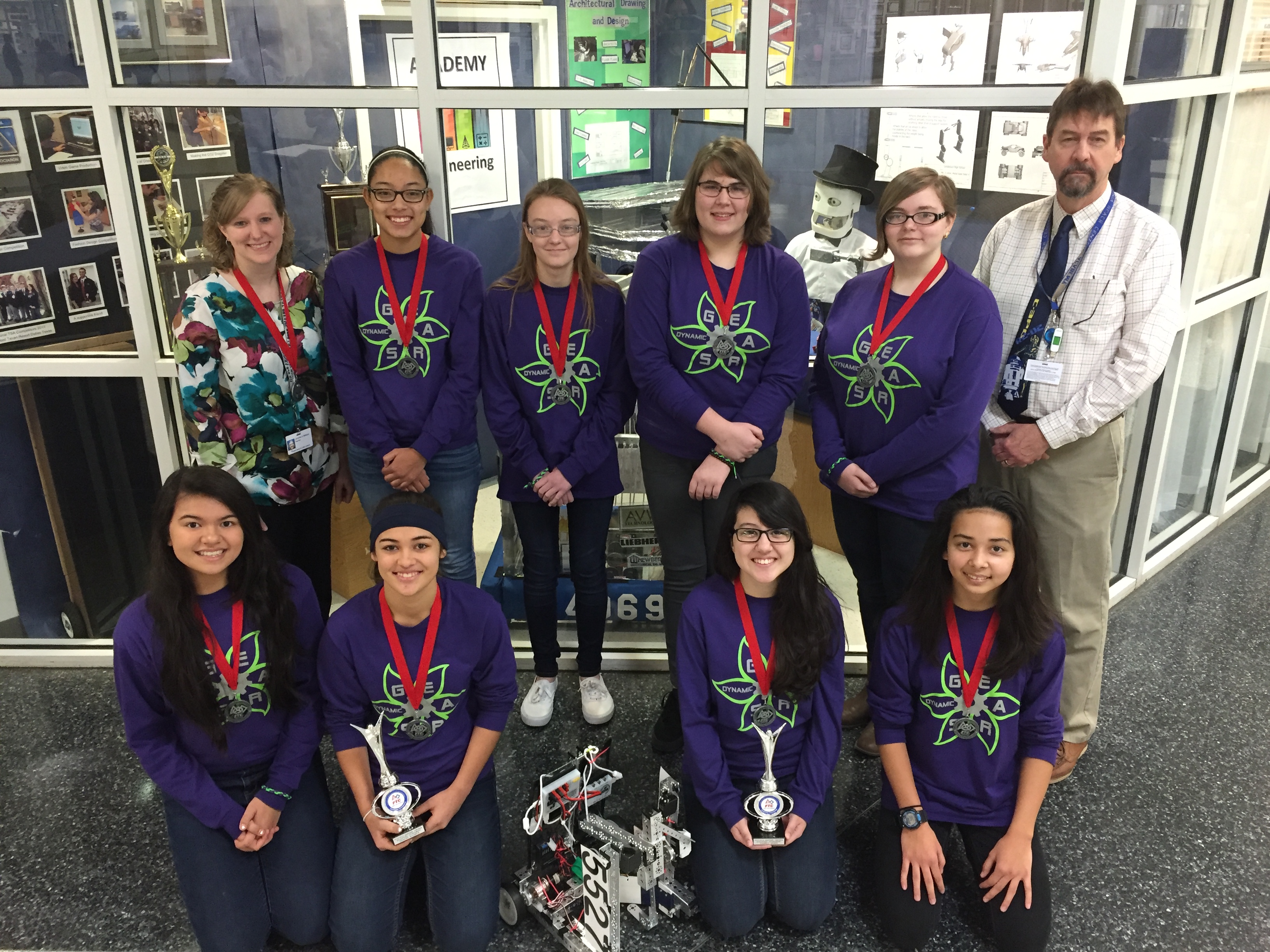 At state, the LHS girls placed the highest of any all-girls team in the entire competition.

“Last year, we started going a lot to eighth-grade open houses with the girls and since then our (freshman girl) enrollment in robotics has significantly increased,” said Jennifer Mattice, who serves as a team advisor alongside Landstown’s engineering department chair Jim Barger.

Barger and Mattice advise the four robotics teams from the school’s Governor’s STEM & Technology Academy. The all-girls team evolved over the last two years. Originally, the girls worked together on a co-ed team, Team 5527, while waiting until they were able to complete an all-girls team. 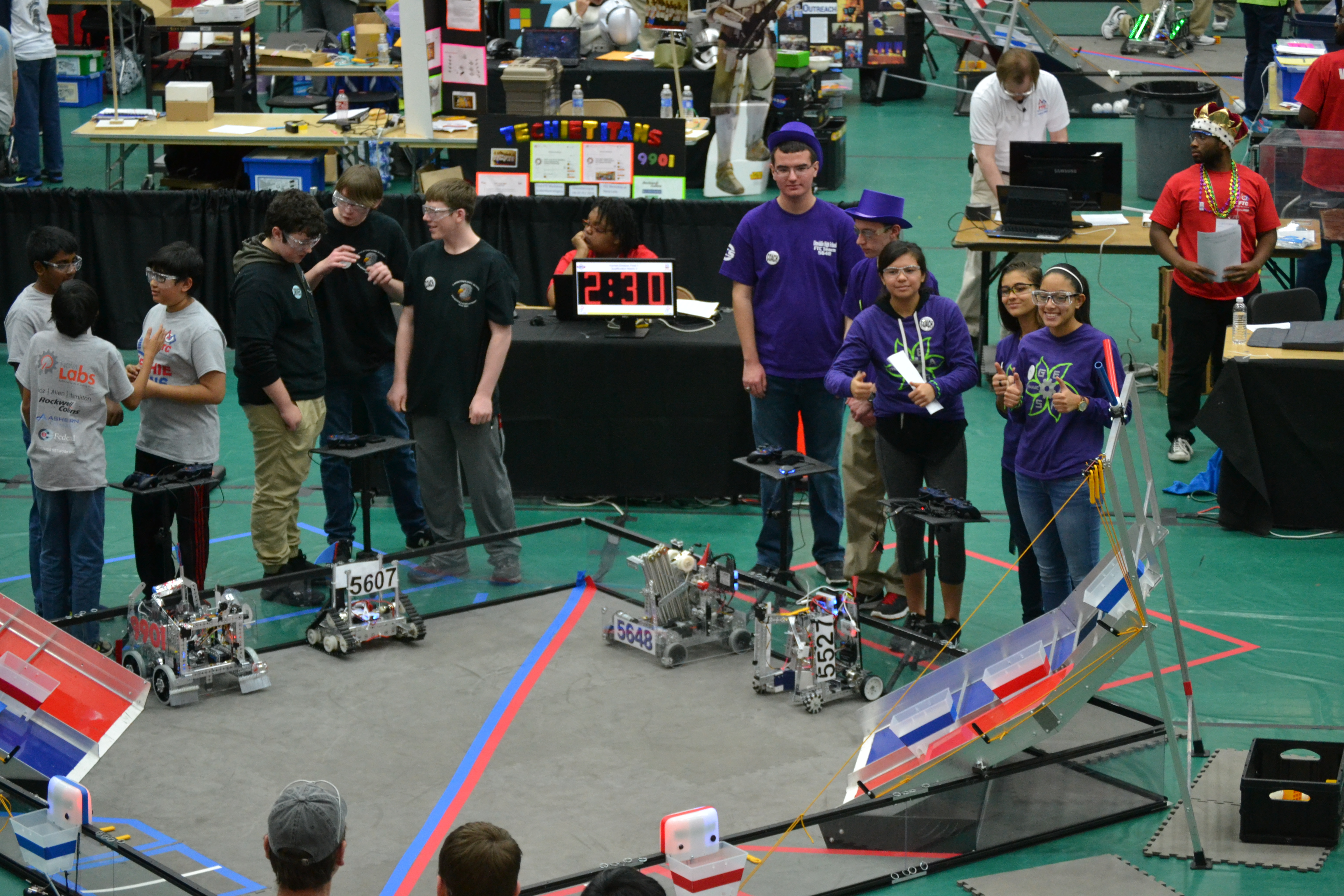 Although Dynamic GEARS is very proud of their all-girls team now, they still enjoy the collaboration with all teams.

“We share robotic parts,” said Dynamic GEARS member Bailey Cake, who is a junior at Landstown. “Programmers experience the same programming problems and it’s just helpful to help everyone around.”

Fellow teammate sophomore Haylee Crow agreed, but did add it was easier to “talk with all girls as opposed to when it’s guys mixed with girls” on the team. She also said they enjoy “hanging out outside of robotics and bonding.” 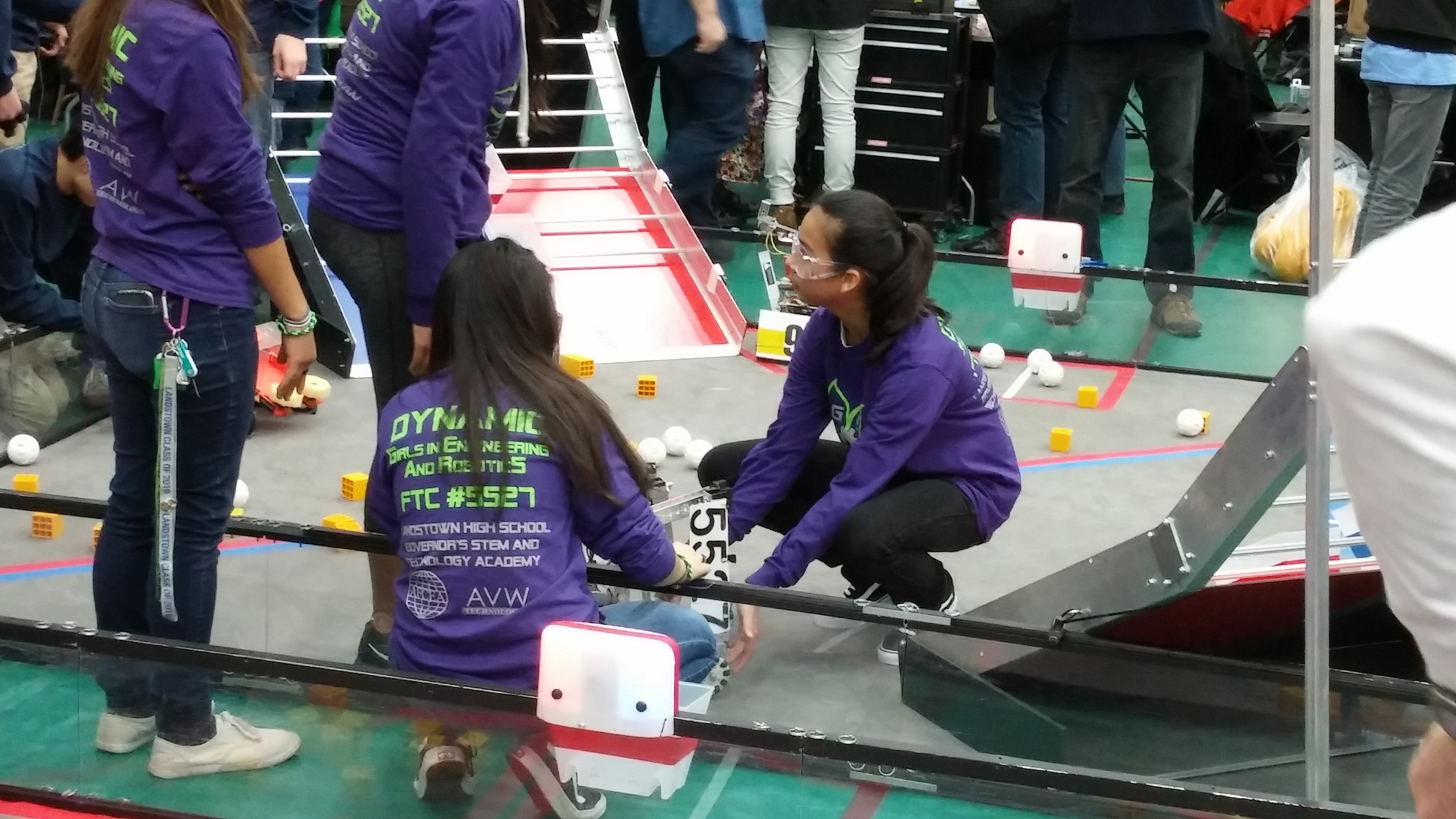 That bond is evident as the girls are already planning how to top next year’s competition. This will not be an easy feat since this year they had to build a robot – who they named “Tweaky”- that could be student-operated or run autonomously.

Tweaky earned his name from all of the programming “tweaking” the girls had to make to enable to robot to do a number of operations, including climbing a ramp to reach a hook from which to suspend, picking up and moving various objects to specific marked locations and maneuvering around other competing robots.

When asked about their hopes for next year, Crow said they will take what they learned this year and hopefully expand with more girls picking up the robotic bug.