For most, a little time of reflection will inevitably end with finding the perfect message or turn of words.

For Roman Alberti, that time of contemplation ends with a brand new musical composition.

Not bad for a first-grader.

That’s right, the 7-year-old from Windsor Woods Elementary School has already written completed more than a dozen musical compositions, including his award-winning song, “The Wolf Star.” 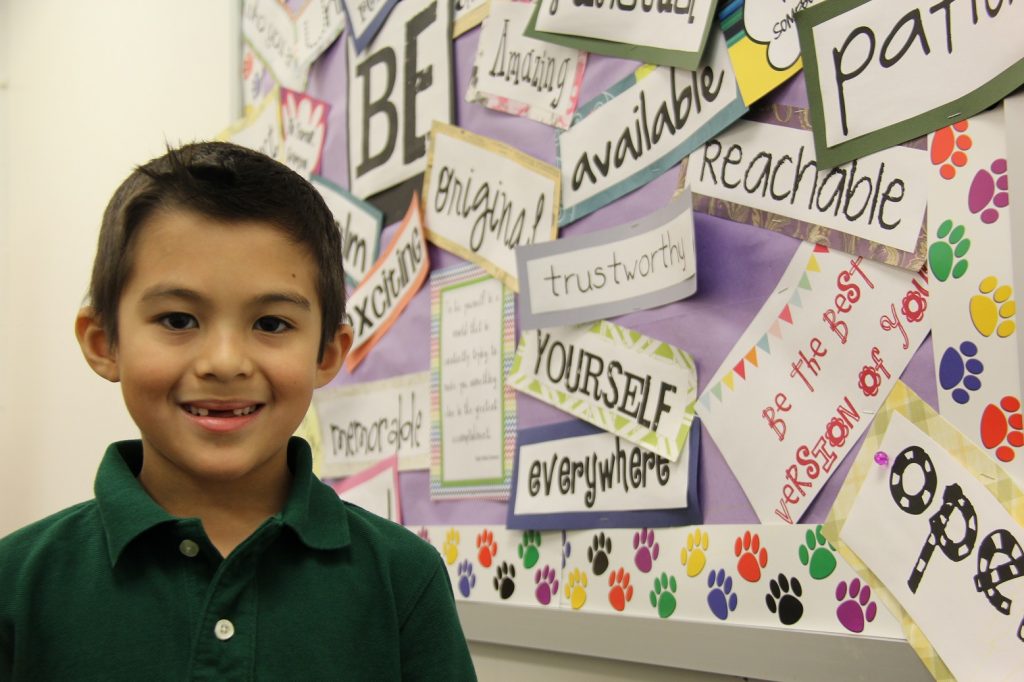 This latest accomplishment is last in a long line of musical feats for the young man. Raised with classical music constantly played in his home, Alberti began sitting in front of the keyboard at just six-months old. His two older sisters were also piano enthusiasts, which allowed for the instrument to become a natural fit for Alberti. By the time he had turned four, he was already reading introductory books and playing the piano as well all by himself.

Ready for more formal instruction, he was so young, piano instructors would not take him on as a student.

So, at home, Alberti and his family worked through piano books and continued to work with him until he could take lessons on his own at the age of six.

Today, one of Alberti’s favorite pieces is Minuet in G – “I’m pretty sure it’s like Mozart or something, I can’t remember,” he said. He also enjoys playing various songs by Bach. When it comes to his own composing, he has some favorite types of notes he likes to incorporate throughout his time playing.

“Fast,” he said, with his little fingers scrambling quickly along the table, turning it into a makeshift and silent keyboard on which he was scaling the keys.

“Intense,” he added, his fingers now tapping harder and harder on the table’s surface.

Although he may like the songs to build to a crescendo, he also recognizes each song is an outlet for a feeling, an emotion, a story.

“There’s a story inside of the music,” he said, “(sometimes) it won’t fit in the lyrics.”

For example, “The Wolf Star,” which earned Alberti top honors at the division’s annual Reflections contest, he wrote while he imagined wolves running as fast as the wind and jumping as high as the stars. In writing the piece, Alberti would head to his piano and begin playing – find the notes he liked best – then head to the computer to a free online website, where he could mark the notes he just played and record them for later review.

Becoming a composer requires a vigilant work ethic – Alberti typically practices for a half hour, although not every day.

“If I don’t do my piano on school days, I have to do it on weekends,” he said.

And, that commitment has paid off.

“I always like playing the piano,” he said. “I can memorize every single song I play pretty much.”

Those who know Alberti also see the other benefits to his work as well – some Alberti himself might not even recognize himself yet.

“Roman has become a celebrity amongst his peers here at Windsor Woods. The other students idolize Roman for his kindness, academic abilities and musical talents,” said Matt Orebaugh, principal of Windsor Woods Elementary. “After seeing the video of Roman’s performance on our school announcements, the other students were blown away by his talents. It’s really cool to see the older students approach Roman, a first-grader, and tell him that they were impressed.”

In addition, Orebaugh pointed out, there are also scholastic benefits to Alberti’s dedication to his music.

“His musical ability is evident in his academics, especially in math, as he is able to make mathematical connections easily due to his ability to read and compose music,” Orebaugh said. “The other students can learn from Roman by not giving up when things get frustrating.”

For what’s next, Alberti plans to continue pursuing his music, and wants to get to the point where he “can almost site read Mozart pieces.” In the meantime, he is busy producing a pretty large repertoire of future classics himself.

To see Alberti in action, check out his YouTube videos under his moniker of “RockinBabyRo.”