It is hard to believe that it has been just two short years since Cooper Frazier entered his first basic technical drawing class.

The Kempsville junior always had a knack for math and sciences, and after watching his older brother take the same classes ahead of him, he was ready to try his hand at the technology class.

“I thought it could be really cool to learn,” Frazier said.

Since enrolling in his first class, Frazier has gone on to be a standout in Kempsville’s computer-aided design (CAD) classes and corresponding competitions.

For proof of his abilities, one has to look no further than Frazier’s participation in a series of contests, including the Great Computer Challenge (GCC) and the 3D Extreme Redesign competition, which is an international tournament sponsored by the Stratasys 3D printer company.

At the GCC, Frazier helped lead Kempsville’s team to victory, which is quite a feat since much of their competition were from the division’s full-time technology academies or centers. At the 3D Extreme Redesign competition, Frazier made it to the semi-finals.

“(Competitions) are a lot of work,” Frazier said. “They take a lot of time, but it’s really cool to see people like what I design.”

For a 3D printing and design challenge at the Advanced Technology Center earlier this year, Frazier, a car enthusiast, took a look at his father’s car and began thinking of ways to improve it. He redesigned and modeled the intake manifold for the car, since the car’s current intake manifold has a design that causes the two inner cylinders to run rich with fuel, and the outer two cylinders to run lean.

Representatives from STIHL were on hand at the competition, and they were impressed with Frazier’s talent.

They were so impressed, in fact, they offered Cooper an opportunity for an internship. 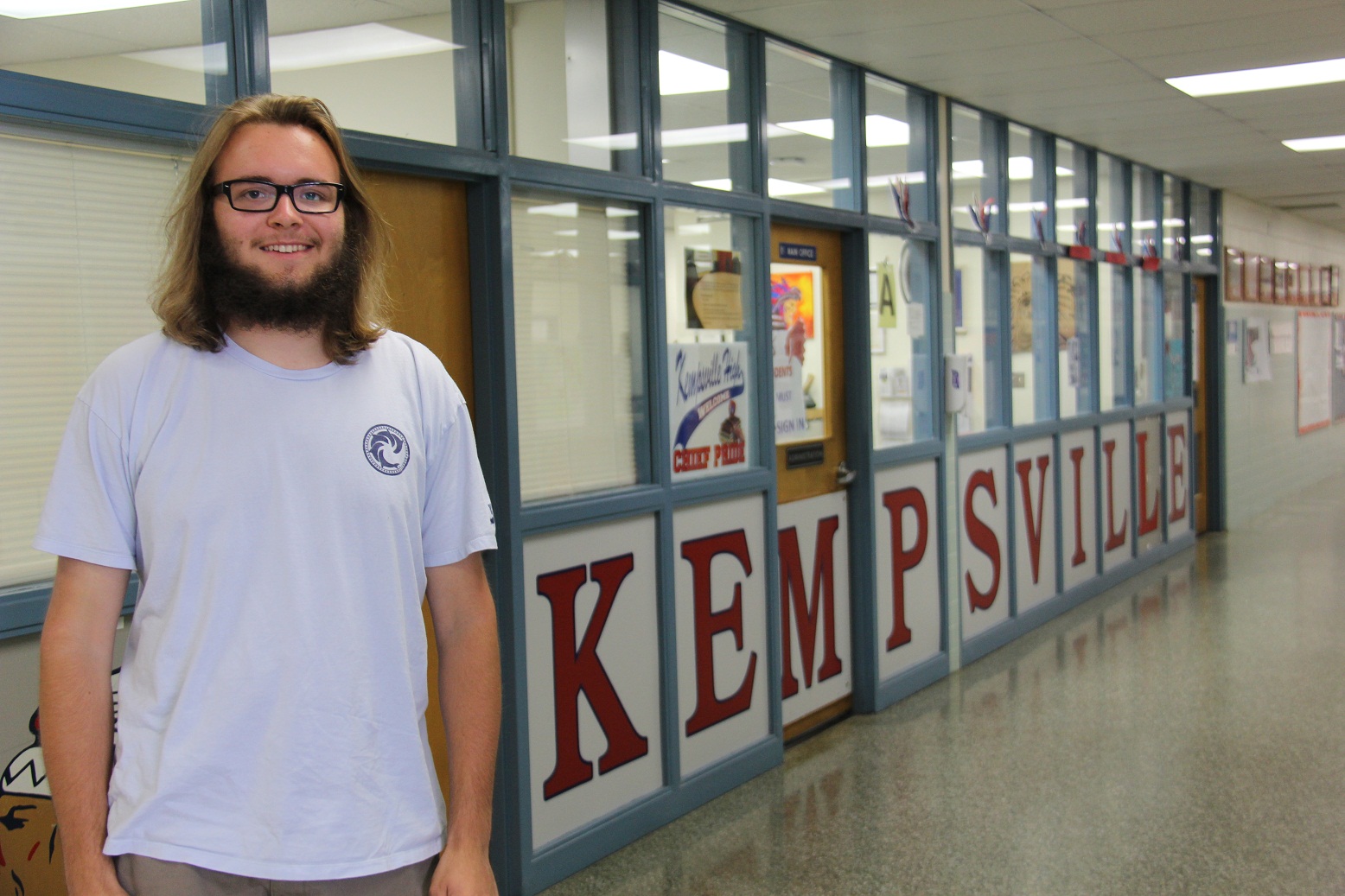 “She told me she was looking for people like me – people interested in engineering, into technology,” he said.

If accepted, the internship would pay for an engineering degree.

That is good news for Frazier as that is he wants to study in college. For him, it’s continuing what he has been doing at Kempsville all along: Loving what he is learning.

“A lot of my friends will tell me they hate math or science class. I wish they would have a similar passion for learning,” he said. “I really like learning…I really like working around computers and using CAD programs.”

Helping Frazier pursue his work has been his teacher Eric Nestor. It was Nestor, Frazier said, that encouraged him to even take part in the extracurricular competitions.

“I definitely would not have been a part of all this without him,” he said. In fact, when the school was looking at a new software program, SolidWorks, Nestor asked Frazier to help him out in learning the new system. Together, they began navigating the program’s capabilities.

“That was a really cool experience to be learning something with your teacher,” Frazier said.

For Nestor, working with Frazier has been just as cool.

“He is such an exceptional student,” said Nestor. “He’s extremely bright. He makes teaching easy. He really has an analytical, engineering mind. I have no doubt he could go to MIT.”

MIT will have to wait, though, as Frazier still has his senior year.

Even though he does not have another drawing class at Kempsville he can take, he will continue taking higher level math classes to prepare for a career in engineering – so, as he puts it, he can “build parts instead of just drawing stuff.”

He also will compete in more competitions next year. After all, that is what makes learning fun.

“If you’re passionate about something in school, then pursue it,” he said. “Take it as far as you can.”

Favorite TV Show?: How It’s Made