Look across the landscape of Virginia Beach City Public Schools and you will discover clubs and activities for a number of student interests in elementary and secondary schools. There are robotics clubs, art clubs, clubs devoted to chess, foreign languages and even skis and snowboards. Cox High School is home to a group of students who have formed a club not usually found in schools. 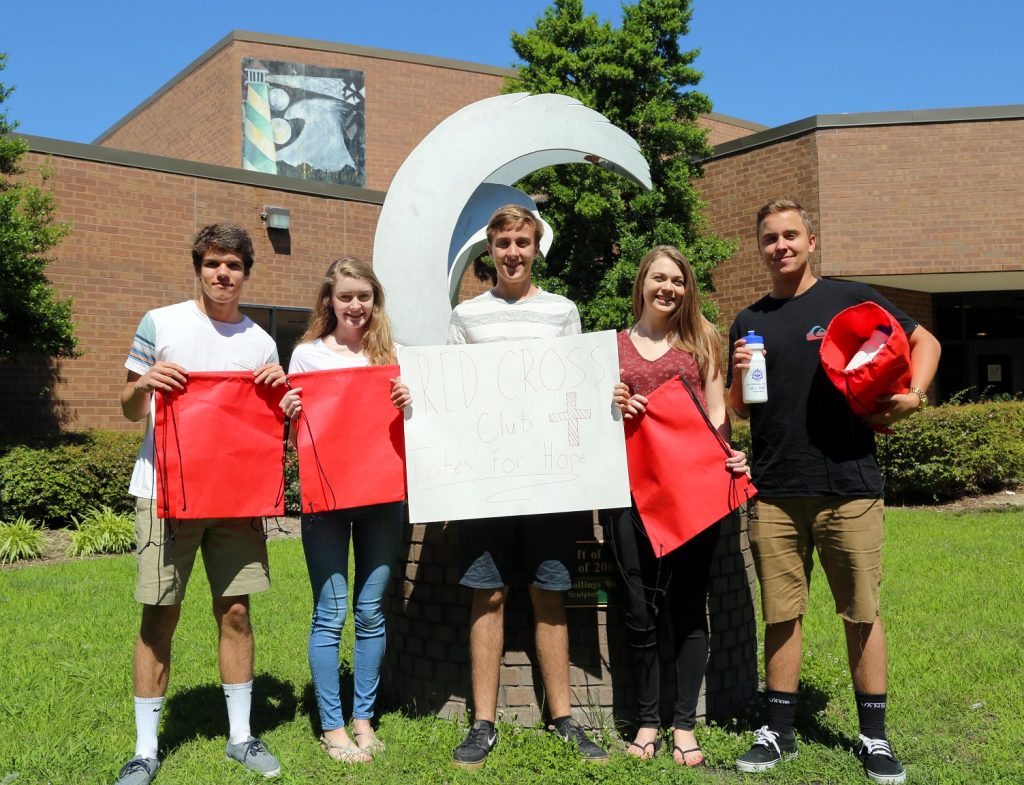 “We chose to start a Red Cross Club to help better our community and to give something back to those who are less fortunate,” said Brendan Lawlor, club president.

Lawlor and his brother Michael co-founded the club about a year and a half ago.

“We wanted to do something to help give back,” Lawlor said. “I am very fascinated with medicine, so hence a Red Cross club. It was started by just donating blood and wanting to help more than that.”

The juniors were joined by two more executive board members. The club grew to include two more 10th-grade students. Then, they focused on a mission.

Michael Lawlor is club vice president and says that their mission is to benefit the community.

“We consider the club’s mission to be something on the lines of participating in service projects that promote the wellness and safety of local members of our community and state.”

A May 2015 article about the plight of homeless veterans and efforts to get them off the streets got the club members attention and they reached out to the Veterans Affairs (VA) Medical Center in Hampton.

“We thought we might be able to help veterans so we contacted her and coordinated our efforts,” Brendan explained.

The club created Totes for Hope, a fundraiser hosted by the Red Cross Club. Totes for Hope is an effort to collect items that would be useful for veterans who are currently homeless or facing homelessness.

“I was really impressed with their maturity of the club’s leadership and how they reached out to us to help with a serious issue,” said Marti Chick-Ebey, Homeless Intervention Coordinator with the VA. “The VA is focused on helping our homeless veterans and although we have a great record in Virginia, it is still an ongoing problem. That’s why it was refreshing to see high school students recognize a real need in the community.”

The type of items the club received from the community and school mates included small red shoulder bags, water bottles, personal hygiene supplies, socks, snacks and helpful items like can openers. Items were collected promoted its efforts on the school website. 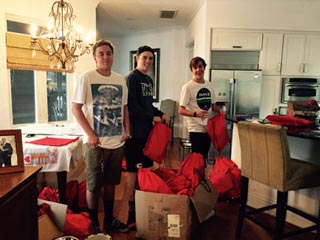 “We placed donation bins throughout the school for the entire month of February,” Brendan shared. School sponsors, teachers, fellow students and their families donated enough supplies to fill 40 bags.”

Brendan and the other Red Cross Club members hope that their efforts are making a positive difference for those who have served.

“I hope that the veterans who receive these items understand that people truly care about them and want to help them in every way that they possibly can,” the club president stated. “We also want them to understand that students and families in our community have the utmost respect for them and their dedication to our country.”