“I don’t really like a lot of attention,” shared Anna Fox, a seventh-grader in the gifted visual arts program at Virginia Beach Middle School.

She may need to get a little more used to attention after being named the grand prize winner of NASA Langley Research Center’s annual student art contest. Her digital artwork was selected for the top honor from among 13 first-place, grade-level winners across grades K-12. A record 831 entries were submitted from children in 39 states, the District of Columbia and Puerto Rico, according to according to an article on NASA’s website about the grand prize winner. 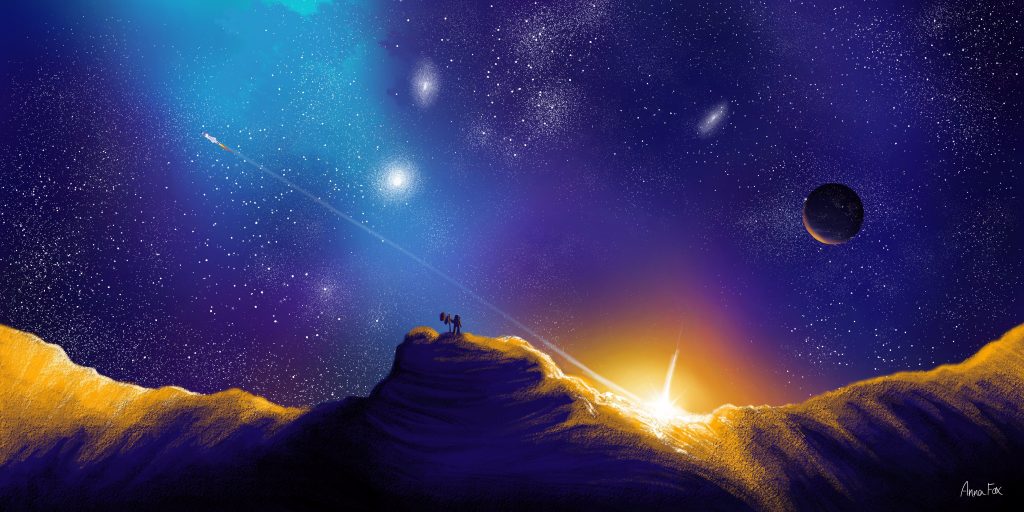 “I think it’s pretty cool. My parents, my family and my teachers are really happy for me,” said Fox a day after the March 8 announcement.

The art contest theme, “The Next 100 Years,” was intended to illustrate how NASA research and innovation propels science to new discoveries.

“I wanted to do a galaxy because I thought it explained the theme best,” said Fox of her winning artwork, which she created using Photoshop. “I didn’t know how to do a galaxy digitally, so I looked at some videos. I just started with basic colors, the blue and the sunburst. There’s little bit of the sun and an explosion from the rocket taking off. There is an astronaut planting a flag on the planet’s surface. It’s an unknown planet.” 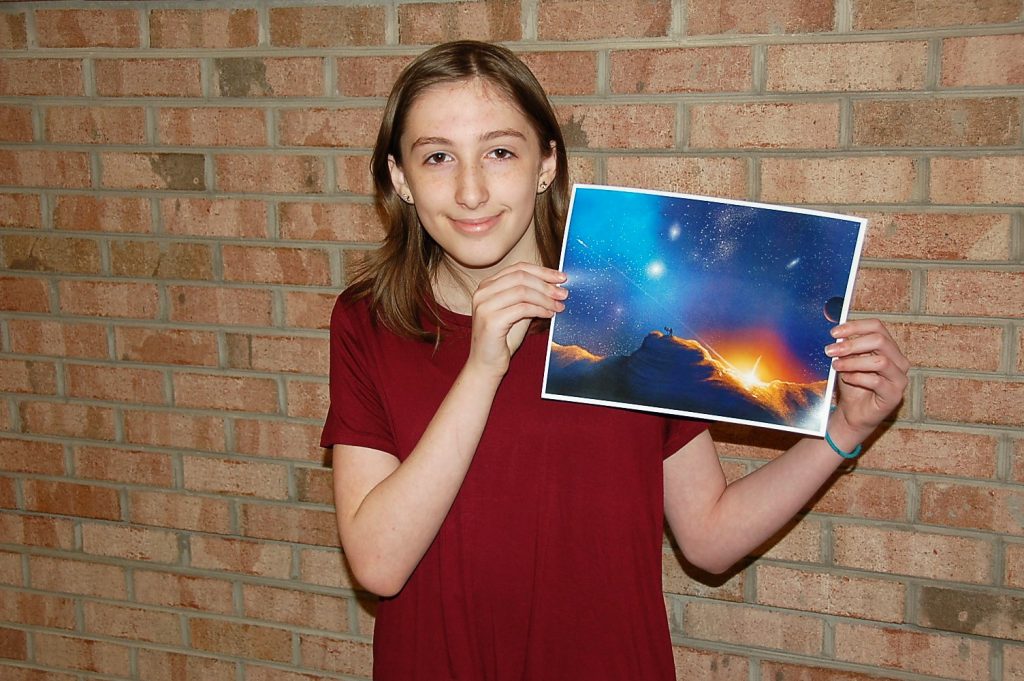 Does Fox want to be the one standing on a planet someday?

“I’m not really interested in going into space but I’m interested in space,” she said. “Space is really cool. Like, how they think if you travel around a black hole, you could slow down time or something.”

Speeding up time and looking to the future, Fox plans to use her artistic talents in a career.

“I want to be an animator or a concept artist – like, for movies, just giving them a concept or ideas.”

Citing the “The Lion King” as her favorite animated movie, she recalls drawing another animal as a young artist.

“Ever since I could pick up a pencil, I’ve been drawing. I remember was really super proud of this tiger I drew. I think I was six or seven. I think it was my best artwork at the time.”

Her best artwork of more recent times, according to NASA Langley Research Center, is featured at the top of the student art contest website for all to see. It also will be on display at the Virginia Air & Space Center in Hampton, Virginia.

Knoop, a ninth-grader at Ocean Lakes High School, won first place for her grade level. She was a first-place finisher in the same art contest as an eighth-grader. 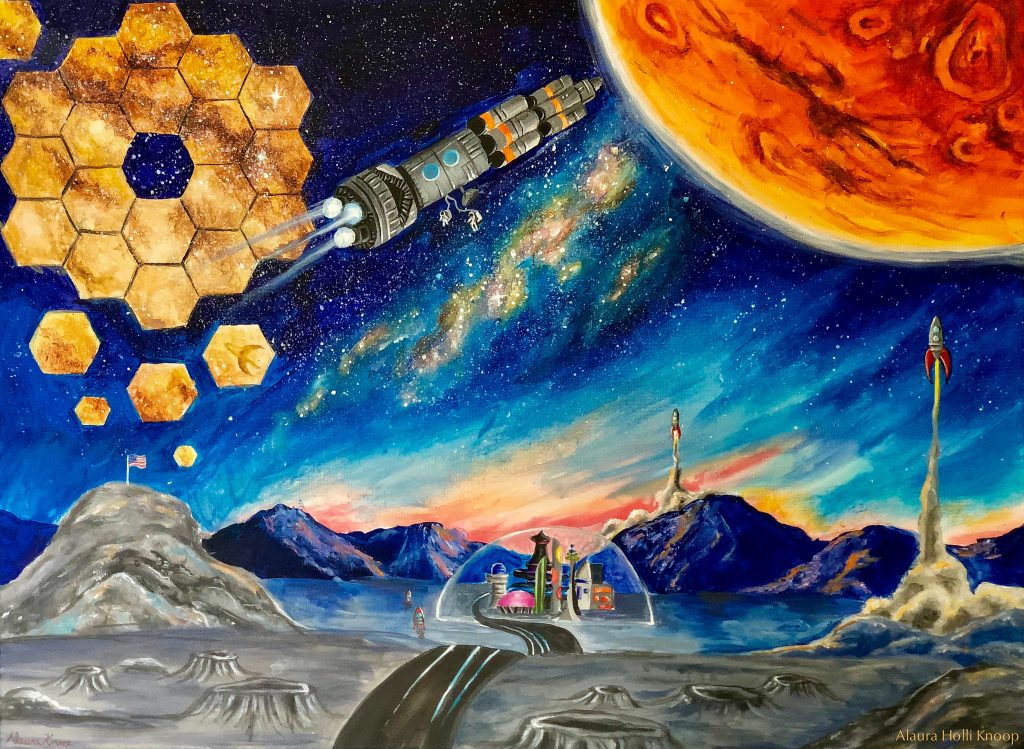 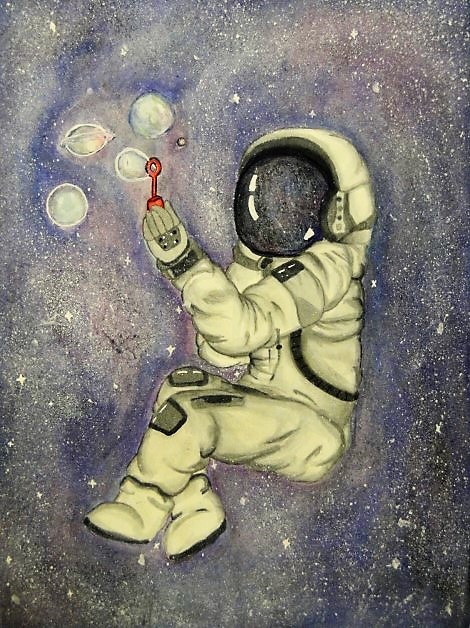 The 13 grade-level winners were selected by a panel of five judges from the Hampton Roads art community, and the grand champion was picked by Langley employees. Each piece was evaluated on originality, interpretation of subject matter/theme, creative techniques, composition and overall art appearance.

Visit artcontest.larc.nasa.gov to see all of the winning submissions.