When Cris Sprouse stepped off his final bus run in 1994 and became a dispatcher for VBCPS Transportation Services, a colleague handed him a pot with a two-inch high cactus that sported a big cowboy hat. It was for his new desk.

“They told me I didn’t need to water it a whole lot,” remembers Sprouse, now a transportation area supervisor. “So I didn’t. And then it wasn’t so green anymore.”

So the Euphorbia trigona (or African milk tree) was bestowed on another colleague, who promised to bring it back to life.

“And he did,” says Sprouse.

Years later, the cactus has a home in dispatch, where it and all the other lovely plants are tended to by dispatcher Donna Robinson. 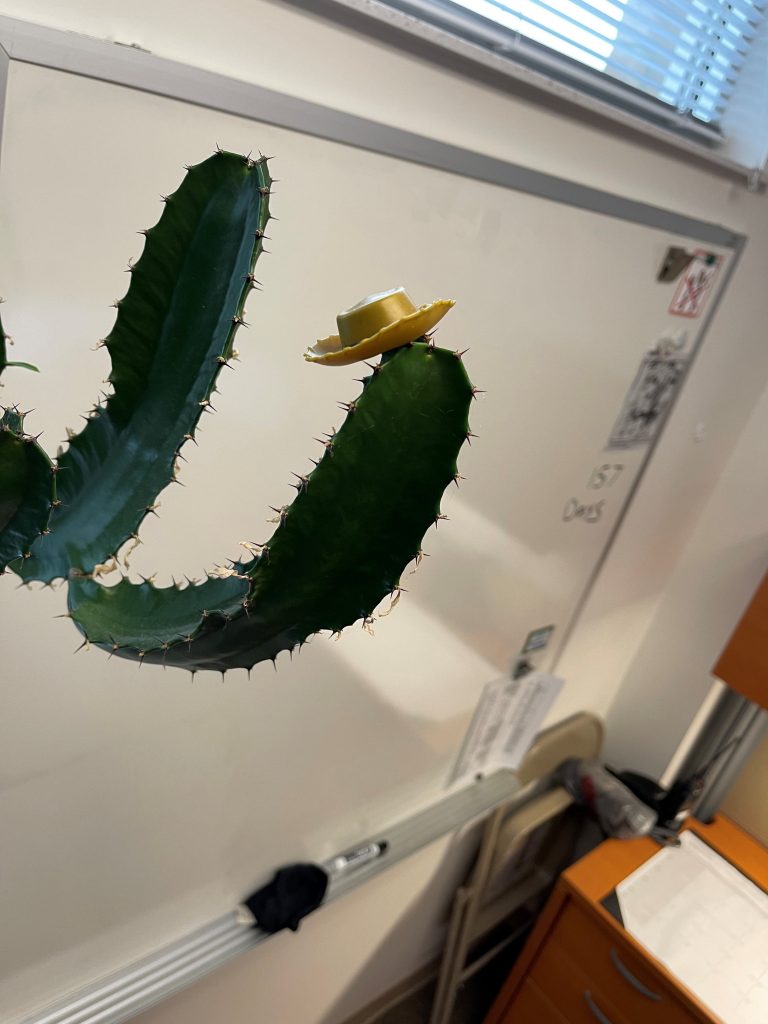 The plant’s name is “Woody,” and it still wears the original hat. It’s just a little harder to find now.