It had all the makings of a great pep rally. Cheerleaders. Large crowd. High fives. Banners and music.

What Kempsville Elementary School (KES) Principal Lori Hasher told all students and staff was that the schoolwide assembly May 16 was to get energized for the upcoming Standards of Learning (SOL) tests. It was the perfect cover.

At least one student sensed something else was up. “What is happening here?” he asked out loud as his third grade class walked in to take their seats on the floor.

Another person who also didn’t know what was happening was second-grade teacher Amy Watson.

Watson sat in a chair next to her students and colleagues as Paula Otto, Virginia Lottery executive director, told the audience she was at the school to present a special award. 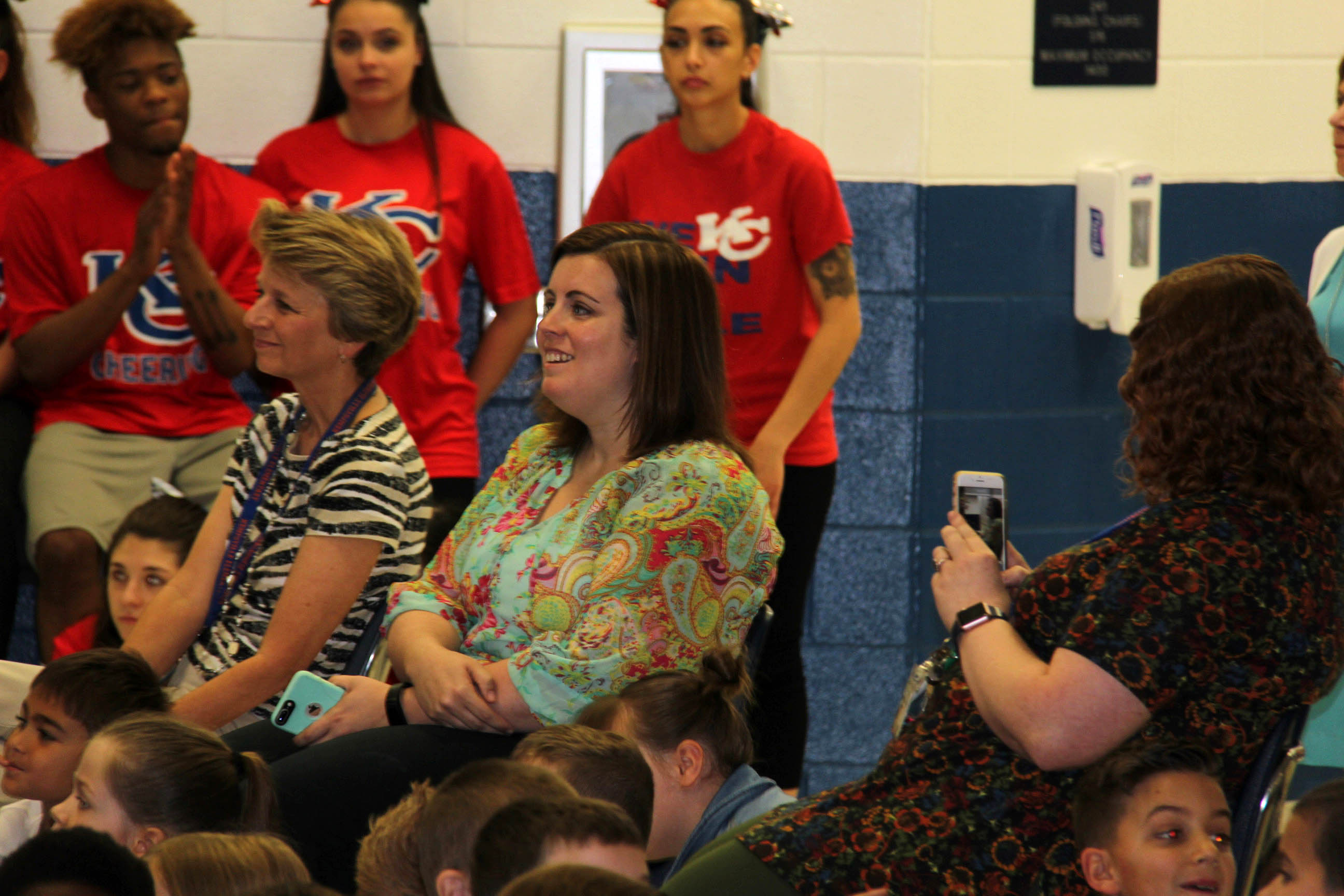 Watson’s husband, daughter, parents and sister entered through a side door to stand behind Watson to witness what happened next. Watson’s son, a student at Kempsville Elementary, was sitting in the crowd with classmates. 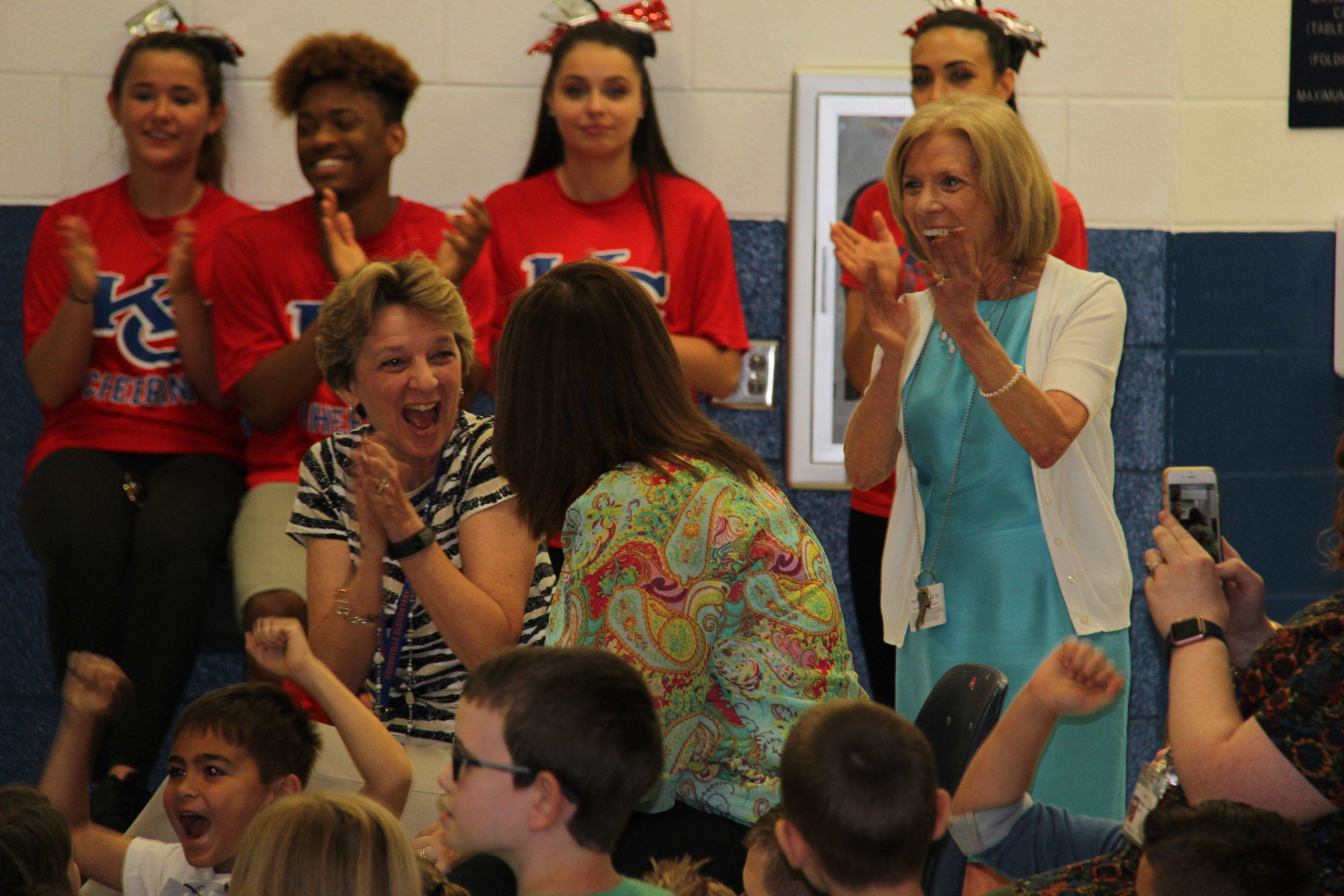 Watson received a $2,000 cash prize and an additional $2,000 credit for classroom supplies from The Supply Room Companies, which sponsors the award with the Virginia Lottery and the Virginia PTA. 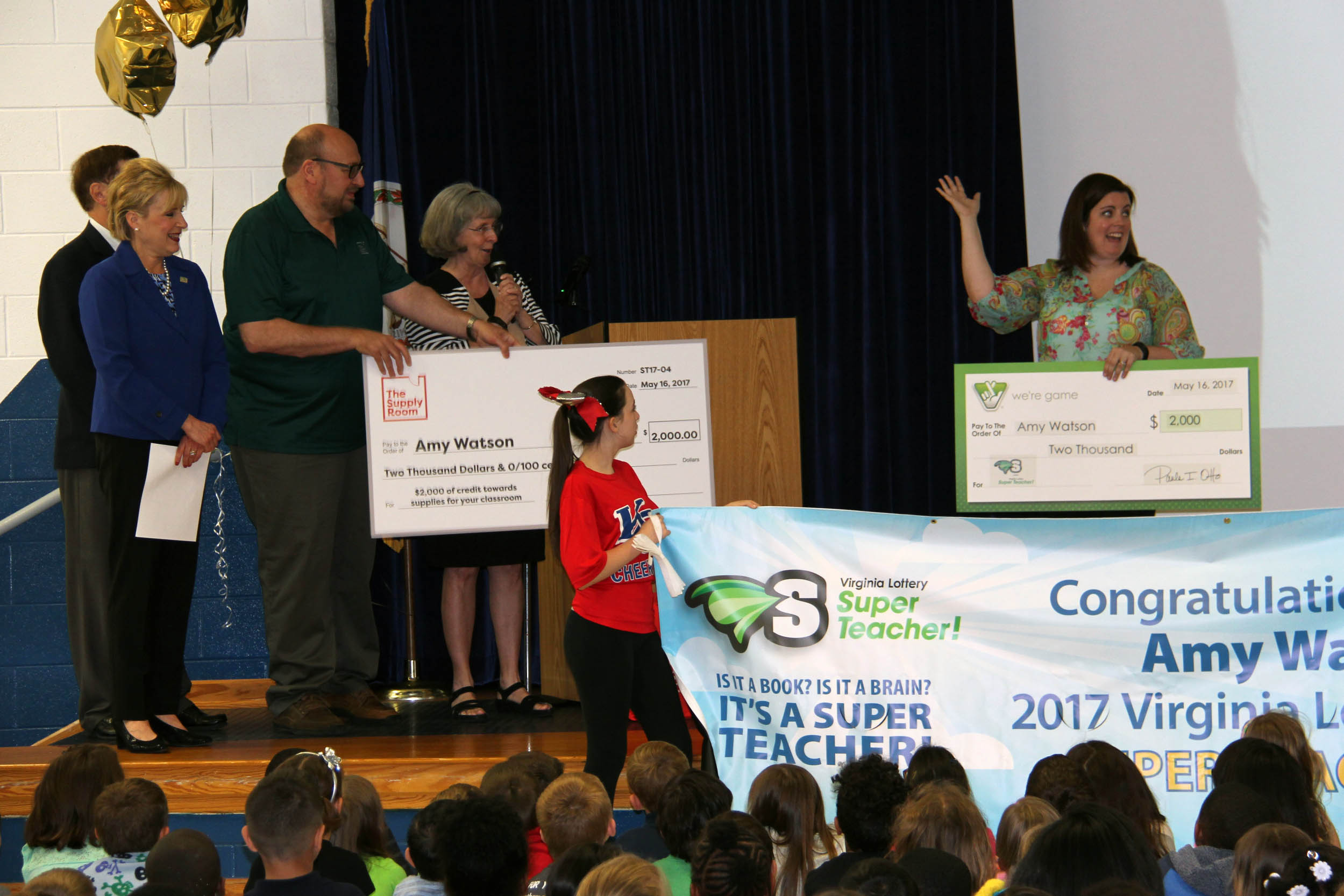 “I thought it was a pep rally,” said Watson in an interview after the assembly. “I thought we were cheering on the third-, fourth- and fifth-graders, and I had no idea all of this was happening.”

Kempsville Elementary parent Miranda Beeson nominated Watson for the award and read her letter during the award presentation. Beeson’s son is currently in Watson’s class.

“Mrs. Watson is exactly what I hoped my child’s teacher would be. She is enthusiastic, caring and encouraging,” Beeson read. She also praised Watson’s integration of technology in classroom instruction as well as in parent communication. 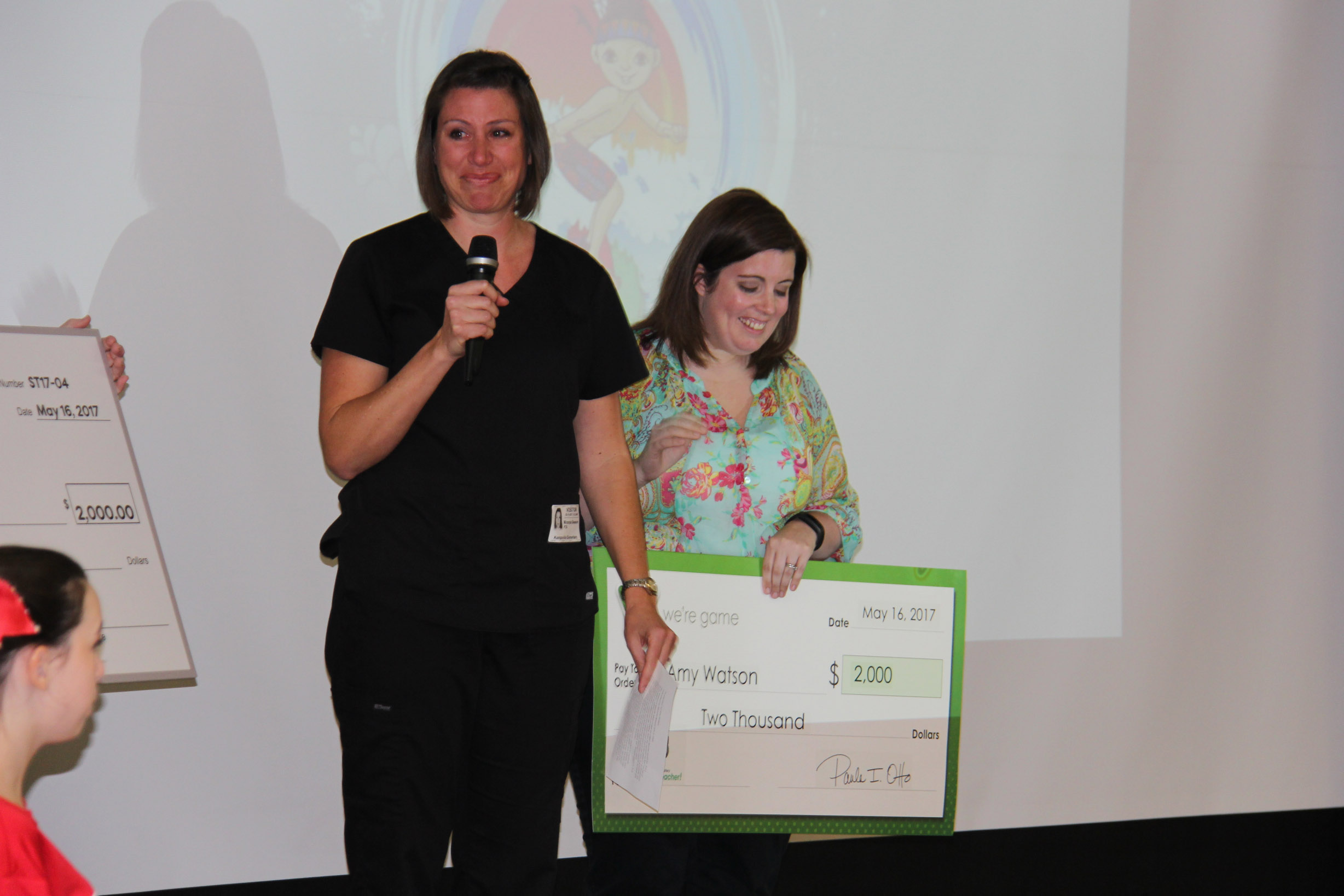 There were tears and then more cheers for their “super” teacher!

Hasher capitalized on all cheering for Watson to have an SOL pep rally after all. She led cheers by grade level to encourage success on the tests before asking them to all cheer together: “K-E-S Rocks!”

View more from the celebratory assembly in the video below.