The cheers from the deep end of the pool demonstrate the positive mental attitude instructor Alexis Hutsko believes makes a difference for children learning to swim. 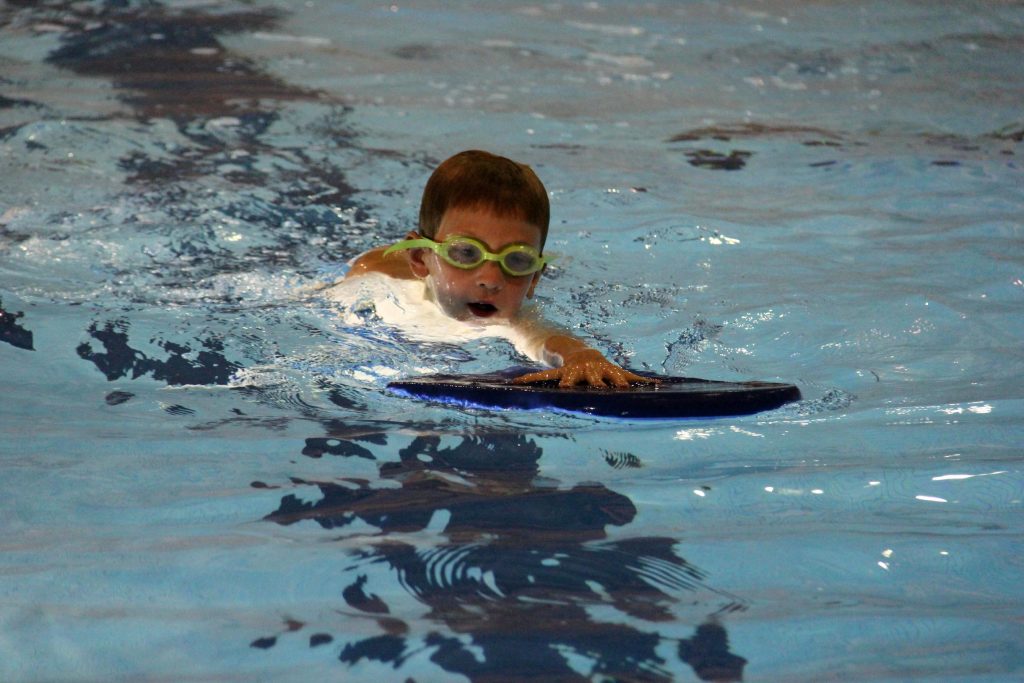 “In my class we’re not allowed to say, ‘I can’t do it,’” said Hutsko. “You are unable to do it yet. This is something we are working toward. So just changing the language on how they approach the lesson can really kind of change their outlook on water and even things in school.”

Spoken like a true teacher. Only for Hutsko, the pool is her classroom. 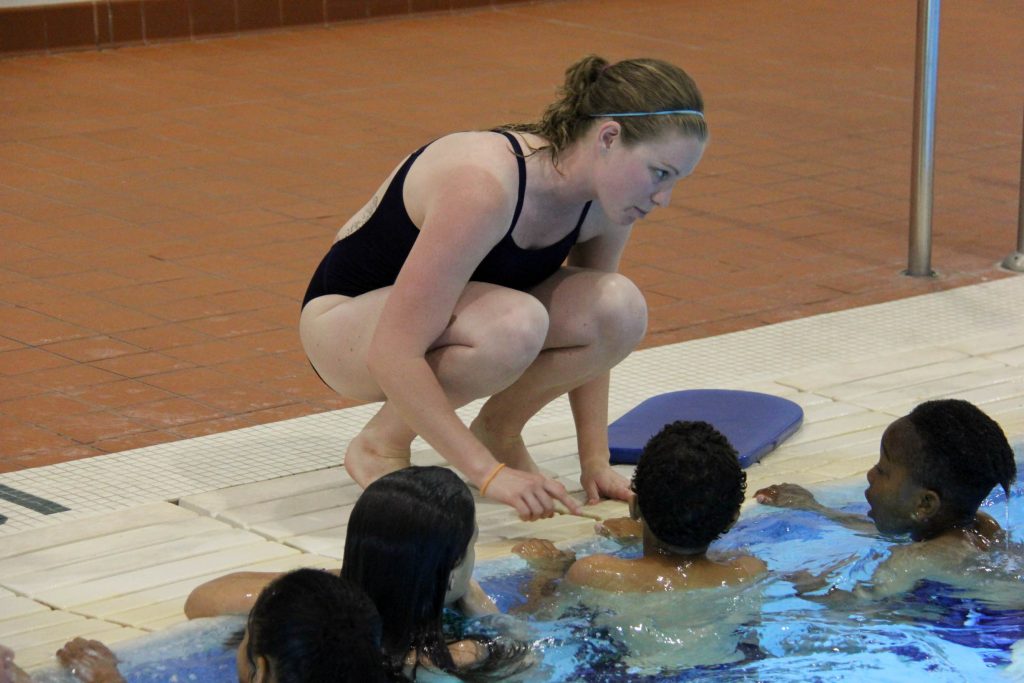 The two-week program is supported by a partnership between the school division and the city’s Parks and Recreation department. Students take lessons at area recreation centers as part of their physical education (PE) class.

It’s an opportunity WOES PE teacher Brenda Williams is happy for her students to have. 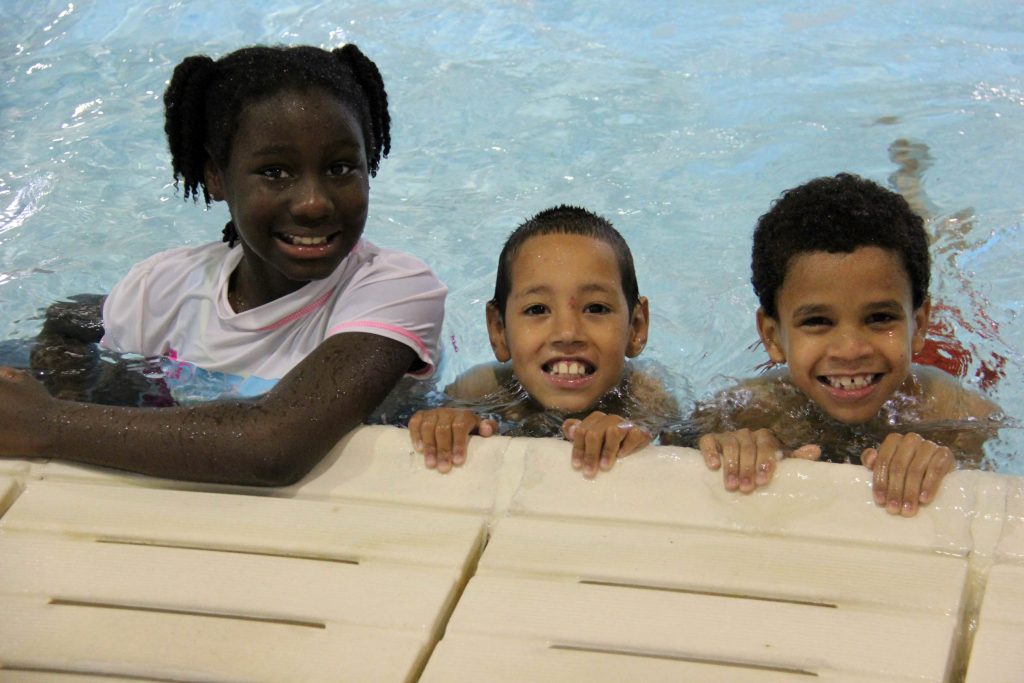 “A lot of our children have never been exposed to this at all. They’re fearful to even put their heads underwater,” said Williams.

She added that students are grouped by their abilities on the first day to better differentiate the lessons.

“If they notice somebody doesn’t really need to be in a beginner group, they move them to where they are more suited,” Williams explained.

Over the course of 10 days, each group builds on lessons learned.

“The instructor has moved them from the shallow end to the four-foot end to the deep end. He is going to take them to the super deep end today,” said Williams of one group using pool noodles for support. 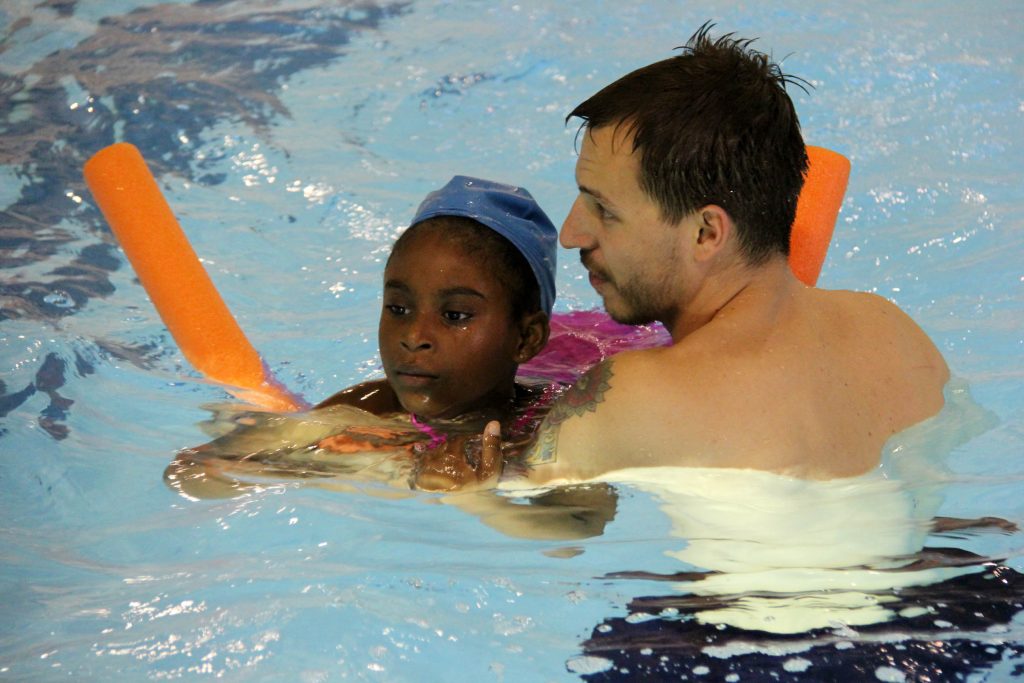 Each swimming milestone brings a new level of pride for students. Even those who have remained in the shallow end for the nine lessons to date are eager to show they have no fear of the water.

They aren’t camera shy either.

“Look at me! Look at me!” exclaim the second-graders by the pool’s edge.

“Can you take a picture of me holding my breath underwater?” asked one student before pinching her nose and dunking herself. 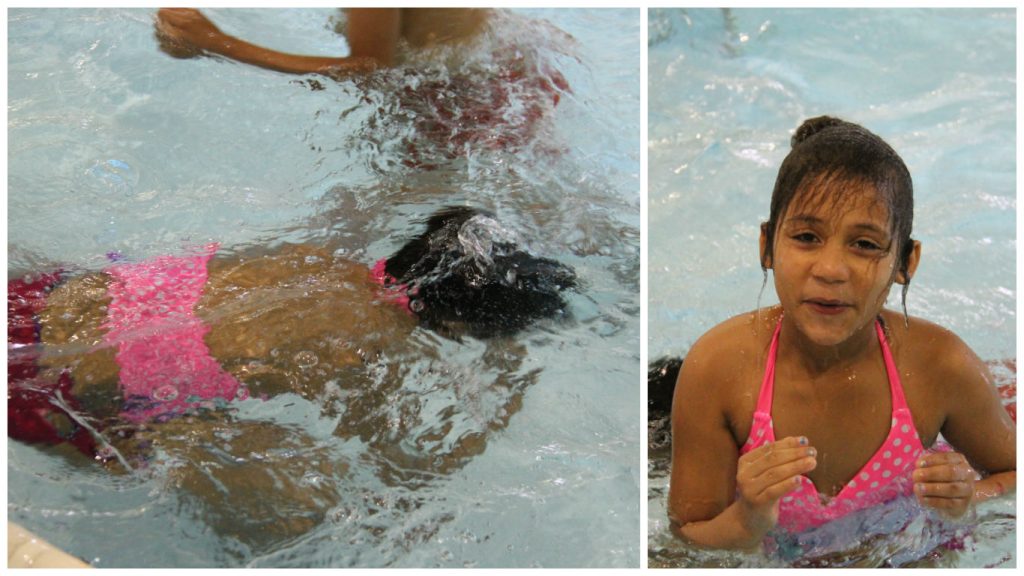 “Can you take picture of me swimming underwater?” asked another.

“Can you take a picture of me sitting underwater?” asked a third.

They dunk, dive and plunge under the water one by one. Each student surfaces with a broad smile. 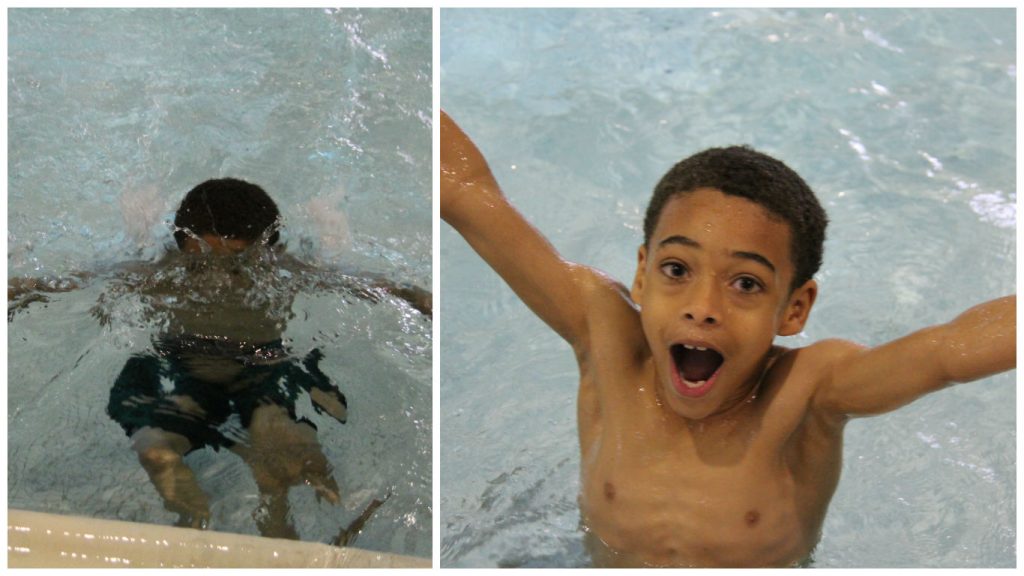 Students in the deep end of the pool share the water safety techniques they’ve learned.

“You lay on your back and you do this,” he said putting his hands under his armpits like chicken wings.

“Then you do this,” he continued, straightening out his arms like spread airplane wings.

“And you do that,” he finished, dropping his arms back at his side like a soldier at attention.

The same student said he is eager to show off his swimming strokes in the deep end of the pool this summer at the youth center he attends. 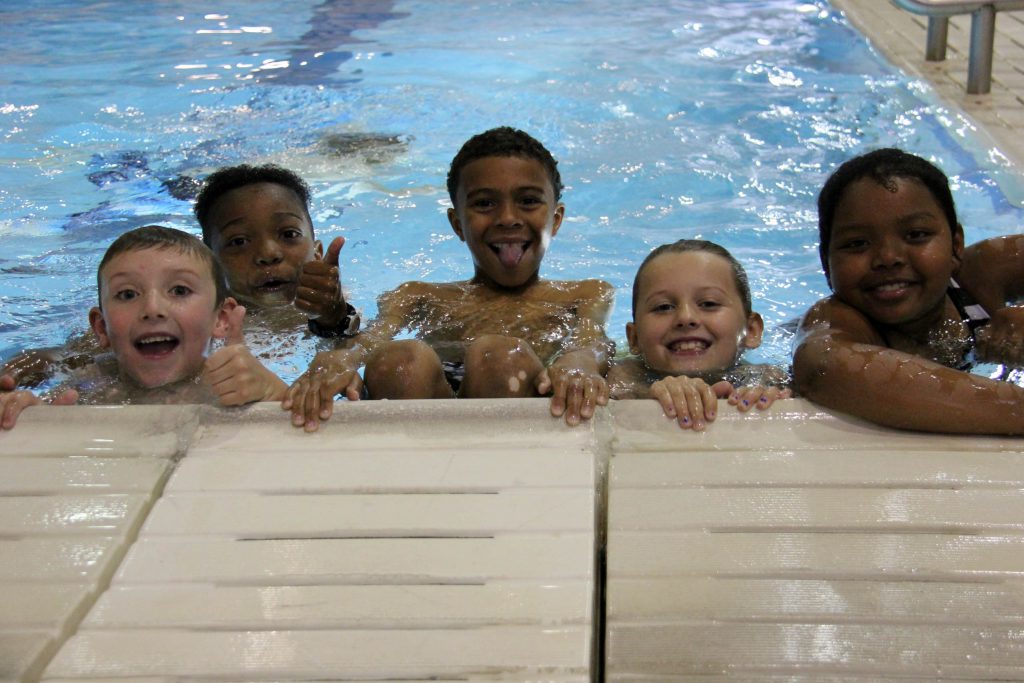 Seeing the increase in confidence at every ability level is what Hutsko enjoys most about working with second-graders.

“We started in this area,” said Hutsko pointing to the shallow end of the pool, “and they were OK putting their face in the water but still a little fearful. They can still touch [the bottom] if they go under.”

“Now, we are swimming the full-length of the pool and diving into the deep end,” Hutsko added. “The transformation from that fear to now being confident — it’s miraculous. It’s really cool to see.”