For more than 40 days this summer, Nicholas West, a rising senior at Landstown High School Governor’s Science, Technology, Engineering and Math (STEM) & Technology Academy, operated a research-grade telescope to capture images of an asteroid categorized as a “Near-Earth Object,” then calculated its orbital path to determine whether or not it could be on a collision course with this planet.

Good news for Earthlings: asteroid 1999 LO28 is not projected to hit planet Earth in the next 500 million years, according to West. He also has the data to prove it. 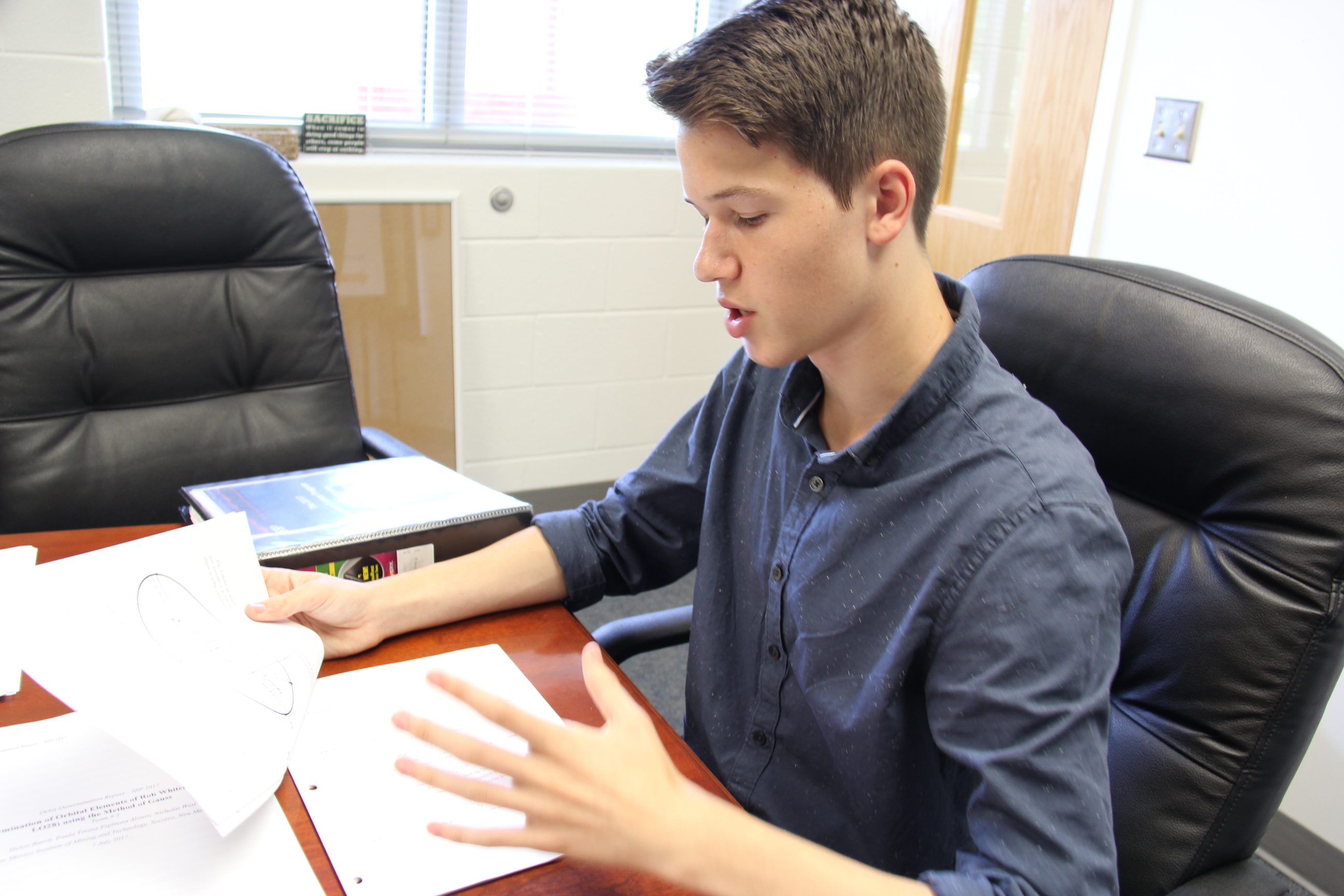 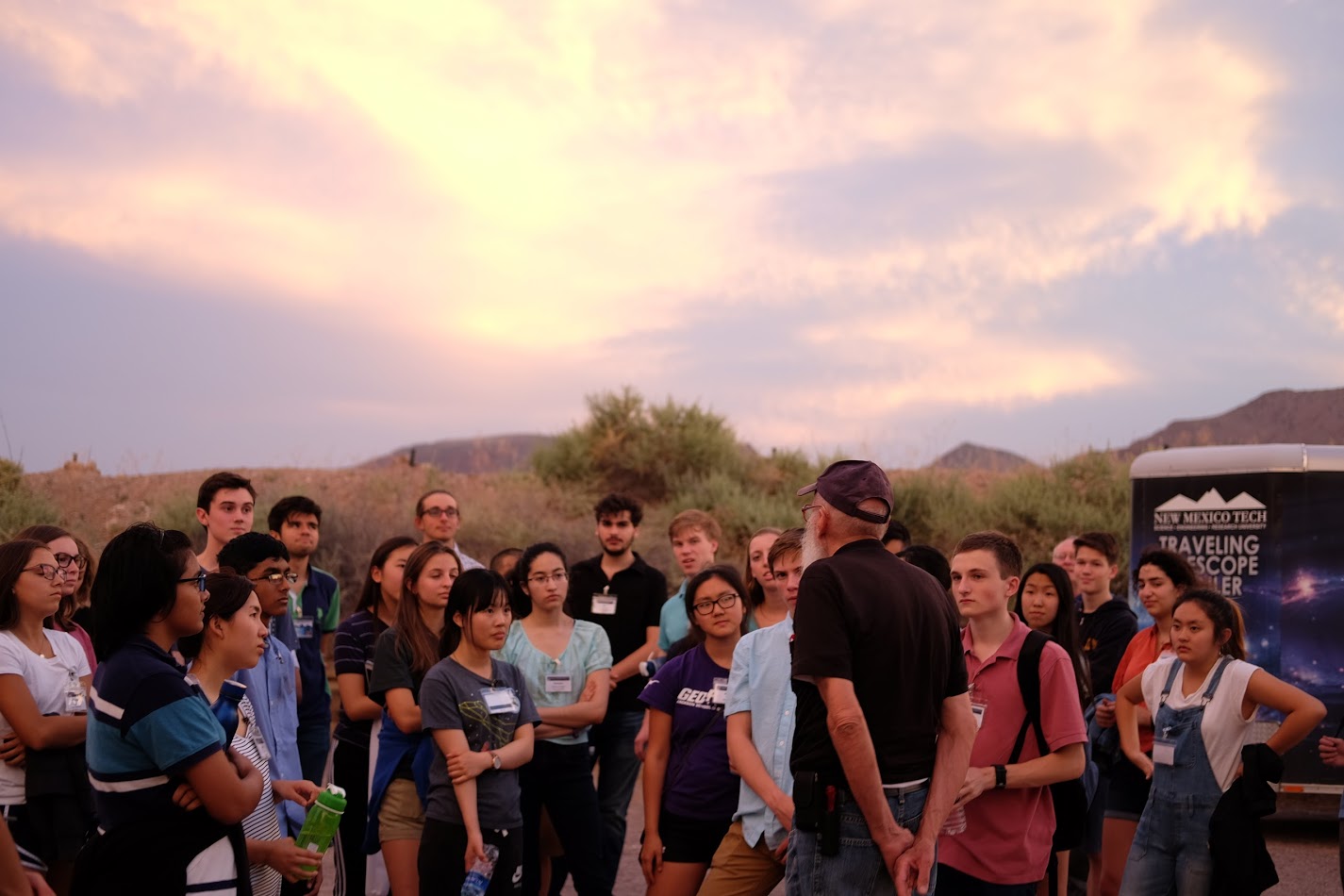 West’s summer task and that of his two teammates, a student from the Canary Islands and another from California, was to generate data to determine whether this specific asteroid could pose a threat to Earth. If accurate, that data would be published by the NASA-funded Minor Planet Center (MPC), the official worldwide body that collects data to track the orbits of minor planets, asteroids, comets and even objects around major planets.

But before West and this elite team of student researchers selected for this immersive astrophysics program could begin to collect data, they first had to learn vector integral and differential calculus, quantum physics, quantum mechanics and astronomy. 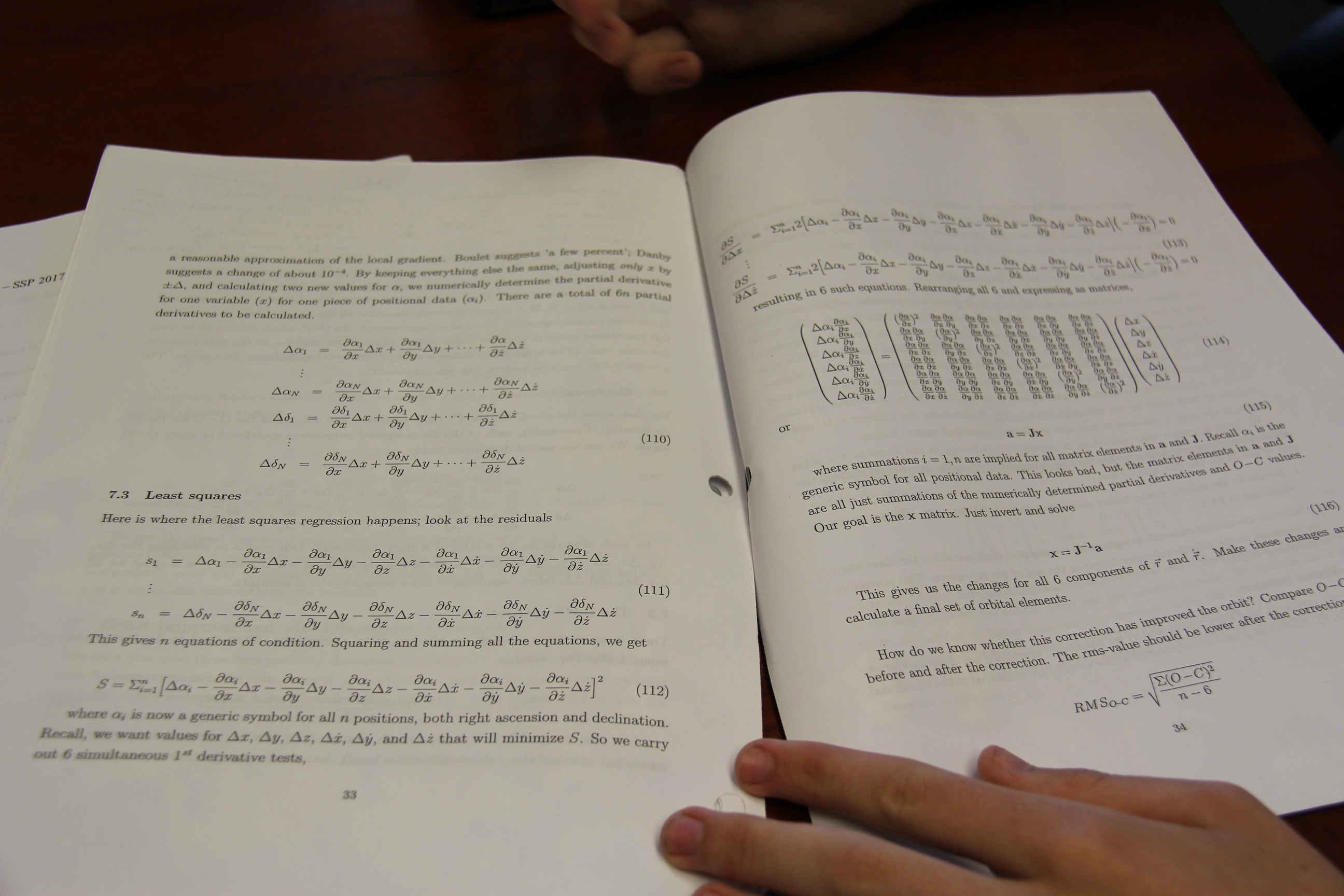 “They wanted to expose us to as much challenging academic work as they could,” West recalls.

Their instructors were professors from world-recognized institutions and, according to West, one had a Ph.D. from MIT in experimental nuclear physics.

Each morning would begin promptly at 9 a.m. with three-hour lectures, which ended with problem sets that they had to solve collaboratively after class with other teammates.

“They encouraged collaboration with your peers,” West remembers. “I was working with students who were probably classified as geniuses but it was incredible to see how humble they were and how collaboratively everyone worked together regardless of academic level. We didn’t judge each other.”

At night, students were off to the observatory at the New Mexico tech campus where teams, assigned in shifts, could use the research institute’s computers and electronic celestron telescope.

West’s team was assigned to the 1 – 3 a.m. shift, an optimal time for astronomical viewing.

Two team members were charged with angling the telescope using computers while a third member was inside the observing dome.

“In order to know where the asteroid was in the sky we would use very bright positioning stars using astronomical coordinates called right ascension declination and take a series of sequential images which is a procedure called ‘blinking,’” West states. 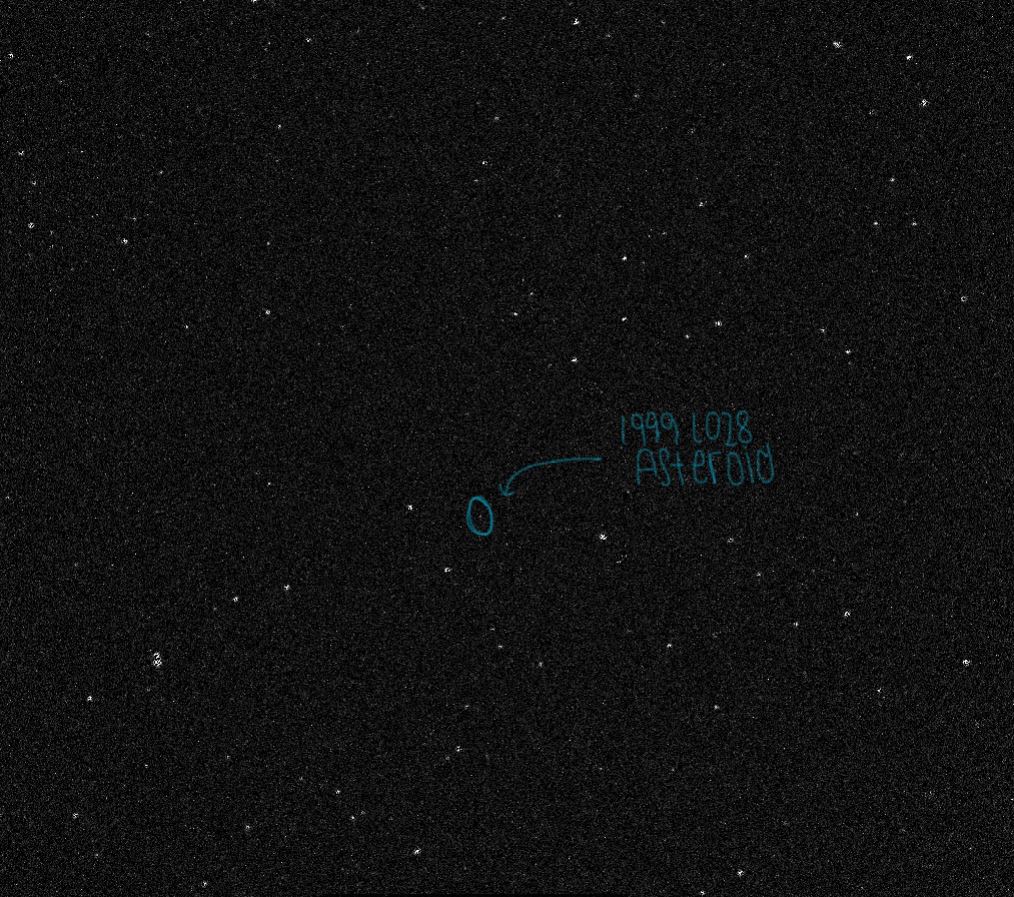 The team would then line up those images to reveal the asteroid’s path, since according to West “the asteroid’s velocity is much greater relative to stars or other astronomical bodies.”

Once they identified the asteroid’s current trajectory, they used computer software to generate 20 different potential future paths given numerous variables for this asteroid.

“Basically, we were doing iterations to see if LO28 would pose a threat to the Earth,” he said.

“Luckily, when we used all this math and physics and inputted all of this data none of the test asteroids ran into any planet, including Earth.”

Two days before the program’s conclusion, West’s team was notified that their research and that of all teams was confirmed by scientists and would be officially published by MPC.

West, who says he developed an interest in STEM as a sophomore at Landstown High School, found the program online while searching for immersive summer programs at the suggestion of one of his teachers. Last year, in collaboration with one of his teachers and working with school administration, West helped launch the school’s first honor society for math.

After his experience this summer, West knows that he will seek a degree in physics with possibly a minor in business or entrepreneurship. He also has his sights on MIT since he had the opportunity to meet admissions officers during the summer program.

“They have a high regard for SSP so I will definitely apply there,” he says.

When asked what he will do next summer he says it depends on where he will be going to college.

The one thing he does know is that no summer will be quite comparable.

“This really was a once-in-a-lifetime experience,” he said. 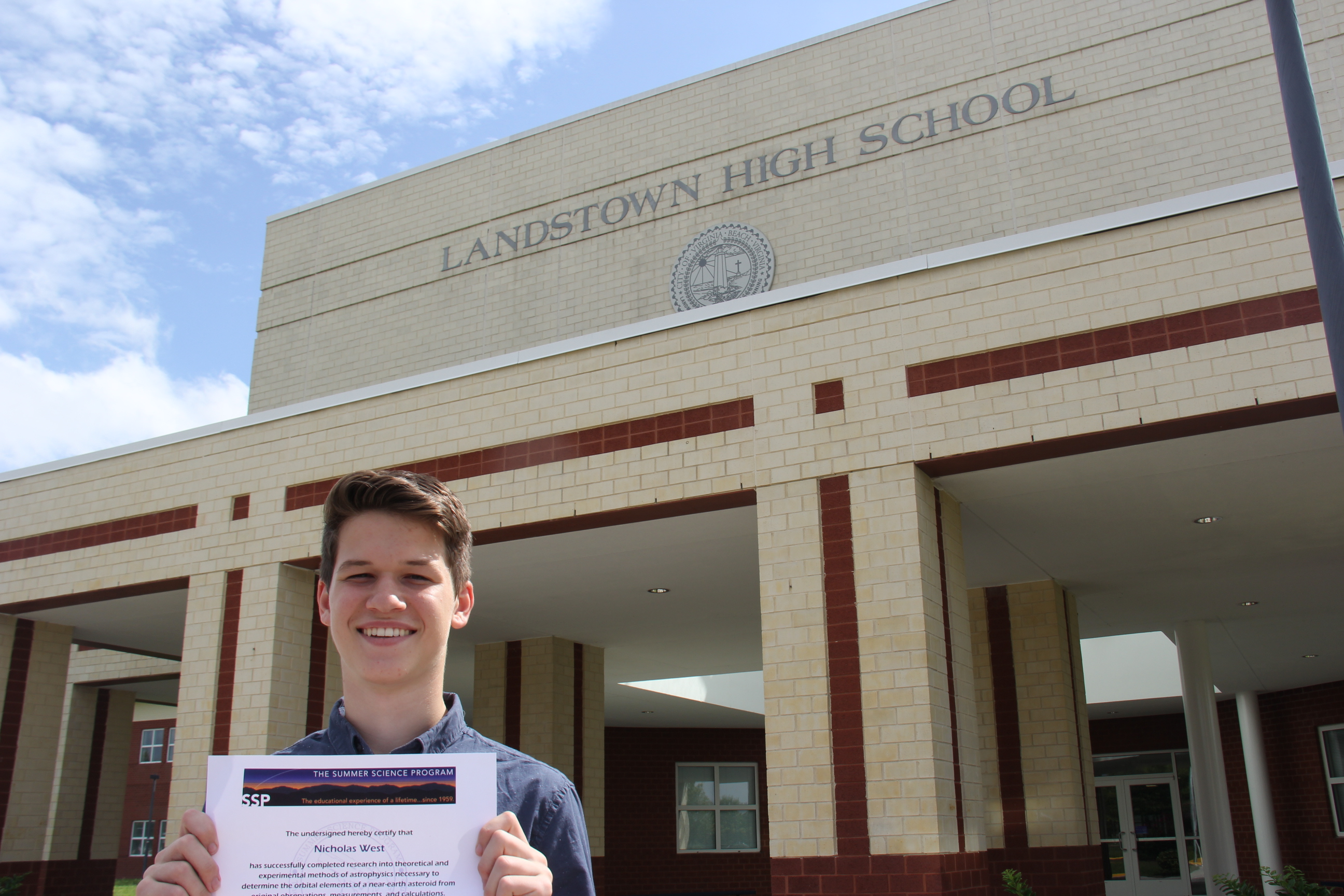