The Congressman gave the students a virtual tour of his office, and spoke on his background before being elected into office.  The students were able to ask Rigell various questions pertaining to his political views, why he became involved in politics, what he does on a daily basis, his reasons behind voting on bills, and his opinion on the 2016 Presidential Election.

During the video conference, students logged into an online chat website called Today’s Meet, which allowed them to type additional questions for Rigell to read after the conference. 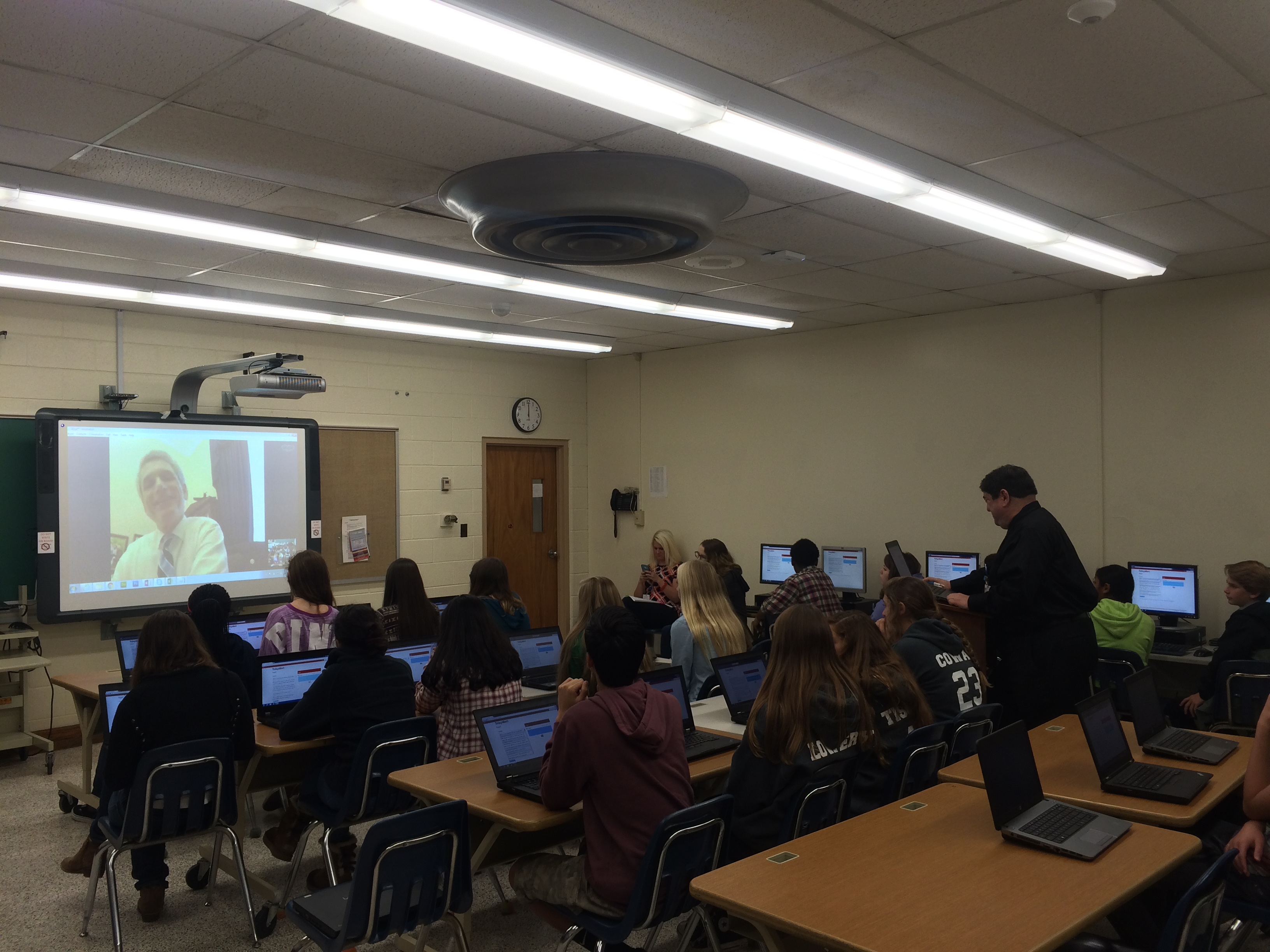