Unfortunately, the crow was sick.

Comba talked about the respect Native Americans had for wildlife – how, once hunted, the entire animal was used in some form or another. Take, for example, the wild boar. Its meat was used for food. Its skin used for clothing, but that was not all. Weapons, tools and jewelry were made from teeth and bones. Yet, even more was used. 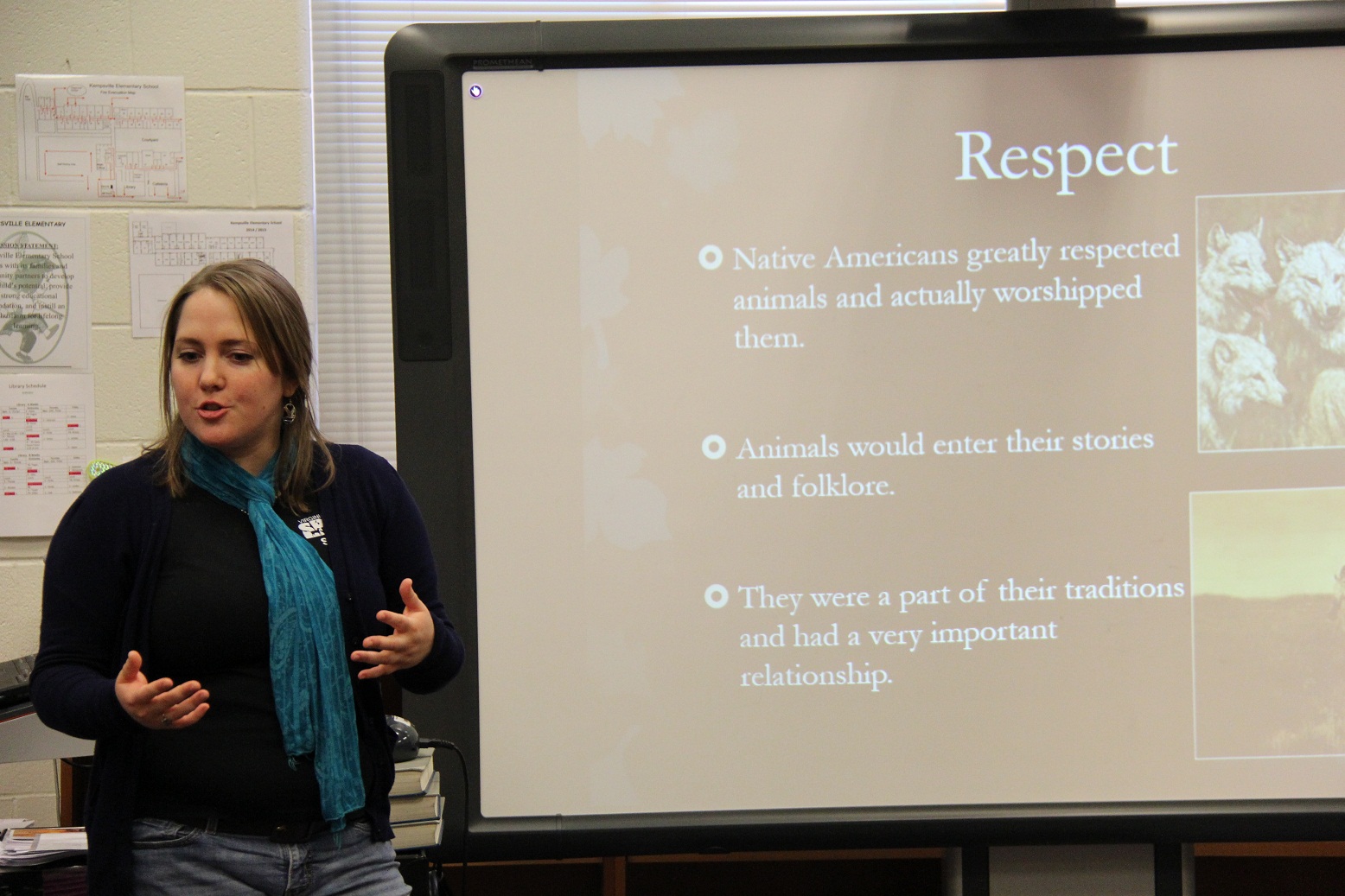 The eyes? They were food as well.

“Ewwwwwwww,” the chorus of students sang out.

Comba also shared with students that some of the same animals that are commonplace today are actually thanks to explorers who brought them here to begin with. Goats, sheep, cows and horses were all brought to America.

After her presentation, Comba pulled out the book, “The Rainbow Crow,” which told the legend of how crows came to be all black and have their own distinctive call. She read to students the story of a crow whose beautifully rainbow colored wings end up covered in smoke as he carried a branch of fire to saves the world from freezing.

As the story concluded, the SPCA’s own crow was supposed to make a grand appearance.

But, he had been under the weather.

Not to worry, Comba had a backup plan. 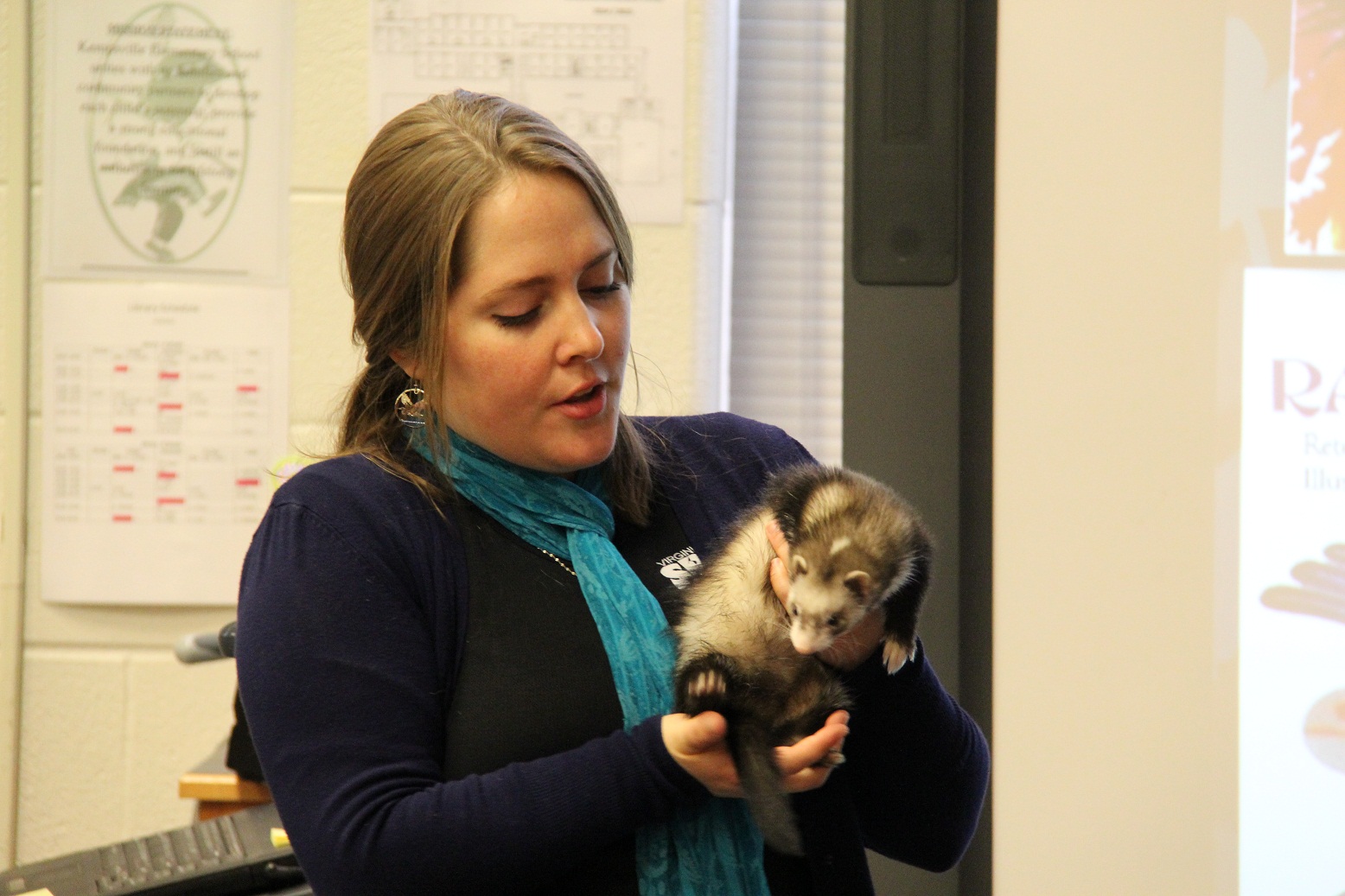 To the oohs and ahhs of the first-grade audience, Comba pulled out a ferret who was currently living at the SPCA. Students had the chance to come up and pet the ferret as well as learn more about the adoptable pet.

However, Comba was not the only one with surprises. The school’s Girls on the Run program presented Comba a check for $105, which was raised by the girls to help support to the SPCA’s work in Virginia Beach.

For more information about the SPCA, visit http://vbspca.com/.