They would talk and laugh and play – as little girls are wont to do.

However, their relationship has had to endure some overwhelming realities.

Samantha was diagnosed with Rett Syndrome, a severe neurological disease, which tends to only affect girls. Symptoms include episodes of seizures, loss of verbal skills, extensive medical concerns, and, in some cases, the inability to walk. Children with this syndrome also do not typically show any major developmental delays until past the age of 1.

In Samantha’s case, she was speaking in two-word sentences until she could no longer use words at all around 18-months-old.

Today, Samantha’s mobility is limited and she can no longer speak – let alone play games. 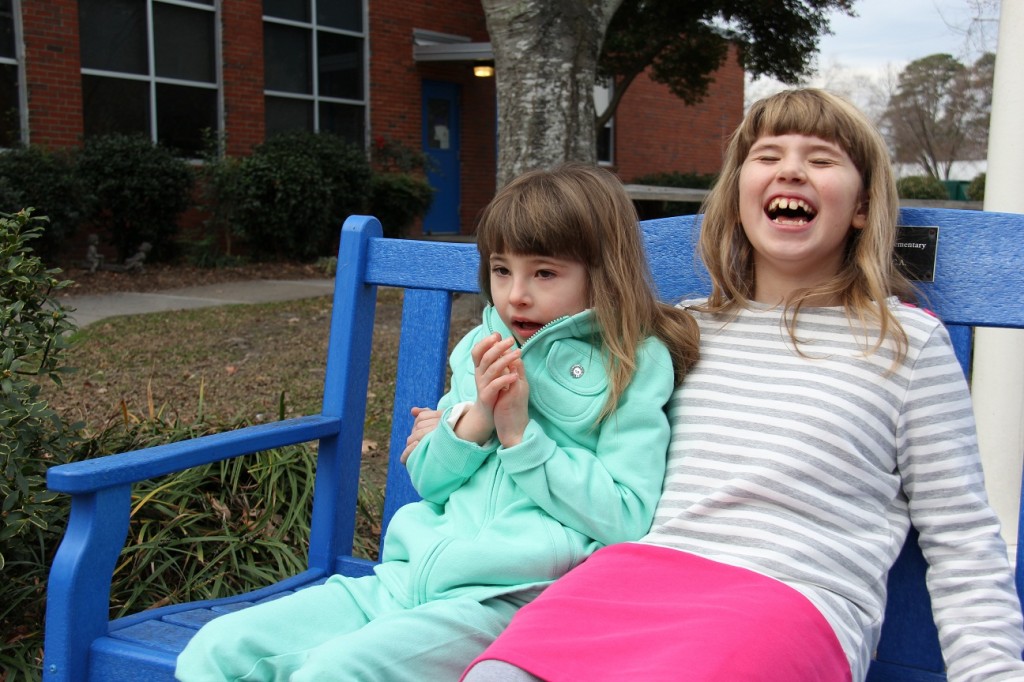 But Ceanna remembers the time when she could do all those things, and yearns for it to happen again.

“I want my sister to talk so I can understand her,” Ceanna said.

In fact, being able to communicate with her sister has become a mission for the third-grader at Thoroughgood Elementary. During the day, she will try and match the sounds Samantha makes, in an effort to recreate conversations.

“(Ceanna is) trying to come up with a language so she could answer (Samantha),” Anne said, “to enter into her world.”

And that sisterly bond – that was evident when the girls were small – still shows in the sweetest ways.

During lunch one day at school, Samantha made a special visit to see Ceanna. Just a few minutes into the visit, Samantha suffered through a seizure.

Ceanna, unfazed, did not lose her cool. She knows that back at home, one of Samantha’s favorite toys is a stuffed dragon puppet.

“Well, it’s simple,” Ceanna said. “I try to make her happy by doing my dragon puppet. She likes that.”

She carefully got in front of Samantha, grabbed another one of her stuffed animals, stooped down to her eye level, then let out a bunch of laughs and shrieks while imitating the beloved dragon.

Those around could see the relief.

“You can be friendly…and hopefully she can laugh,” Ceanna said.

Day to day, Ceanna helps makes a difference in her sister’s life. However, this fall, Ceanna decided she needed to enlist some help to achieve an even greater goal: to find a permanent end to Rett Syndrome.

The Tobins’ neighborhood holds an annual community yard sale, and each year the Tobins donate the proceeds from their part of the sale to The International Rett Syndrome Foundation. 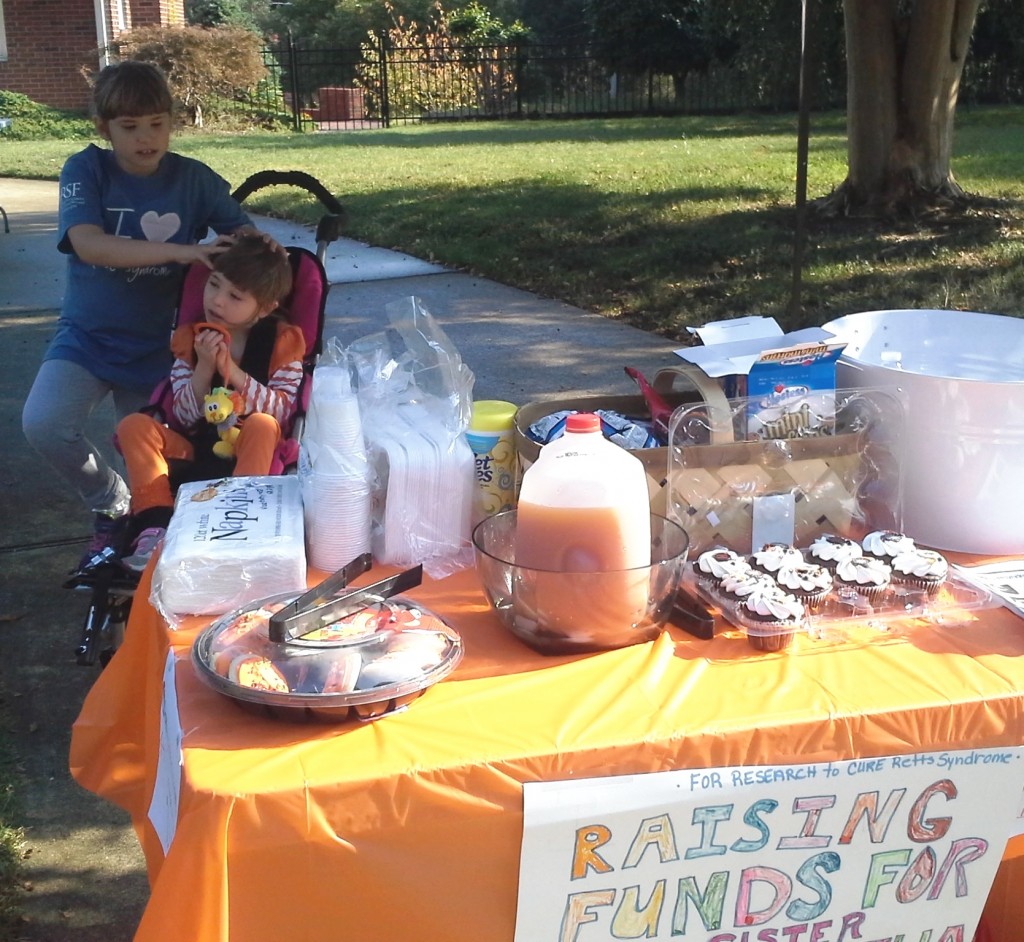 Ceanna wanted to have a special part this year. She created flyers and decorated posters, prepared a table of cupcakes, muffins and chips, and she held her very own bake sale to raise money for Rett Syndrome research.

When traffic was slow, she went out to gather more customers.

“She tugged on people’s shirt tails and told them about Rett’s syndrome,” Anne said. “In a short time, we were all out of flyers and had to make more.”

“She made more money than we did,” her dad, Timothy, joked.

However, it did not stop there. After word began to spread about Ceanna’s big sale, teachers at Thoroughgood as well as family friends also wanted to show their support. They began sending donations in Samantha’s name to The International Rett Syndrome Foundation. All totaled, they raised an additional S1,000.

As for next year, the family might host another bake sale, or might find another fun way to work together. However, one thing is for sure, Ceanna will not rest until there is a cure.

After all, she has the best reason to keep working hard.

“So my sister can talk,” Ceanna said, “…so that she would be able to play with me again.”

What are you excited to learn? Knitting

Why did you want to donate the money you raise? For research to find a cure for Rett’s